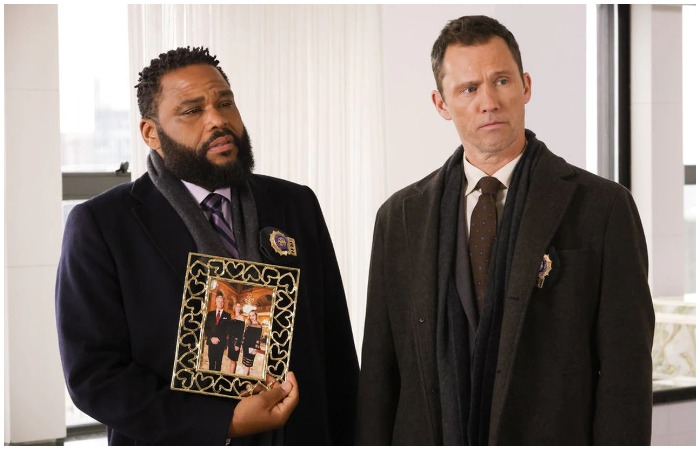 In 21 Seasons, Has There Ever Been a More Laughable Episode of 'Law & Order'?

As much as we may have been looking forward to the return of Law & Order after a 10-year hiatus, this season of the long-running series has been a failure. The series has forgotten what we loved about it — the staid predictability, the novel legal theories, the detached characters — and instead leaned too hard into the “ripped from the headlines” aspect.

That element of the series went off the deep end in this week’s episode, which somehow managed to combine Anna Delvey and the goddamn Sackler family into one episode. How, you might ask? By arresting a murderer in the first half and then trying a completely separate murder case in the latter half.

It is almost immediately apparent the episode is dealing with a murder victim based on Anna Delvey. She’s a wealthy type opening a $5 million nightclub, only the line of credit the bank extended her comes up $3 million short. Everyone expected her to pay the rest on her own, only it turns out she’s broke. When the detective confronts a man the victim claims is her father, he’s like, “I have no idea who that is.” The episode unspools from there, and we find out, predictably, that it’s the boyfriend who murdered the Anna Delvey type.

The episode doesn’t get into motive or evidence — in fact, A.D.A. Nolan Price says their case against the murderer, Wyatt Ackman, is thin. The defense trots out a settled insanity defense (blaming the murder on Wyatt’s drug addiction), but the judge doesn’t buy it. However, Wyatt — the nephew of Charles Ackman, the CEO and Founder of a corporate opioid manufacturer, Northwestern Pharma — says he has recorded phone calls with his uncle where Charles admits that he knows oxycodone is addictive but that he’s going to continue selling them anyway. (It sounds like Wyatt is reading about the addictive properties of oxycodone from a Wikipedia entry). “We’re killing people,” Wyatt says in the recording.

“They’re killing themselves,” Charles responds. “We just happen to be the ones getting rich from it.”

“OK, but what does this have to do with a murder?” A.D.A. Samantha Maroun asks. That’s when Wyatt offers to exchange the phone calls implicating his uncle in a criminal fraud case in exchange for a plea of guilty to a lesser charge of manslaughter. Wyatt decides to do so because his treatment counselor — whom A.D.A. Maroun spoke to the day before — relapsed and died the night before. “What,” Maroun asks. “I just saw him yesterday and he was sober.”

Nolan bites and initially convinces Jack McCoy to pursue the criminal fraud case against Charles Ackman. Then he changes his mind and decides to charge Charles Ackman with manslaughter for the death of the treatment counselor. Because that’s how the law works. Various prosecutors and feds pursued the Sackler family for years, and the best they could do after compiling mountains of evidence was to run Purdue Pharma into bankruptcy, but sure: an ADA is going to convict the CEO for the murder of a treatment counselor based on a few phone calls!

Never mind, because the tape recordings are tossed out because they were recorded illegally, which means that Wyatt Ackman has to personally testify against his uncle. Meanwhile, the defense tries to get a mistrial declared because Nolan is clearly pursuing the case because he lost a brother to opioids nine years prior. Nolan insists that the death of his brother will not affect the way he prosecutes the case — and does not create a bias — even though Nolan is clearly emotional while delivering his arguments in court. Hugh Dancy — as Nolan — is all over the place in the episode, nearly in tears, betraying the emotional detachment we usually so value in these characters.

Here’s the kicker: After trying to reduce the entire, eight-hour Hulu miniseries Dopesick into 45 seconds on Law & Order, it’s time for Wyatt to testify against his uncle. The only problem is that he’s experiencing Oxy withdrawal because he relapsed and his prison hook-up was released. Wyatt tells Maroun that the only way he can testify is if she retrieves his Oxy pills from his housekeeper and brings them to court the next day.

And she does! She goes to Wyatt’s house and grabs his Oxycontin so he can testify! And when the defense asks Wyatt if he’s high on the stand, Wyatt lies and says he isn’t. Then Nolan gives a closing argument that sounds like it was written for an episode of One Life to Live, and guess what? The jury convicts! In this L&O fantasy land, an assistant district attorney convicts the CEO of a major drug company based on the testimony of a drug-addicted, recently convicted murderer who takes to the stand high on the pills another ADA fetched for him!

Who is writing this horseshit? I look forward to next week’s season finale if only to see how many headlines they throw in a blender to see what comes out. Law & Order, a once-beloved institution, is now officially a hate-watch.


← Foul-Mouthed George Carlin Mashed Up With Thomas the Tank Engine George Carlin Is a Work of Art | In 'Along For The Ride,' The Netflix Algorithm Cruises on Autopilot →