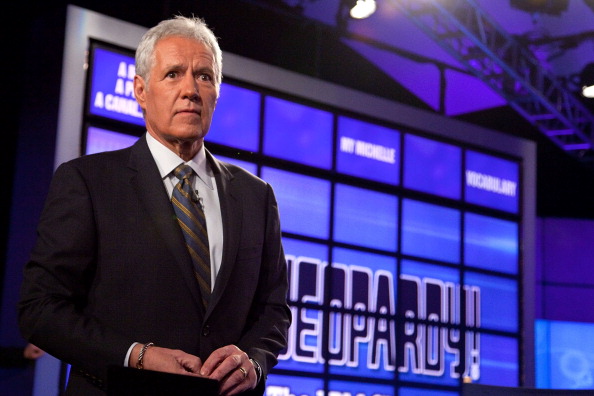 ICYMI: The Cold Open on 'Jeopardy' After the Passing of Alex Trebek

In his book, Alex Trebek said that he wanted to spend his final day sitting on a swing next to his wife, Jean, watching the horizon, and apparently, that’s exactly what Mr. Trebek did on November 8th before passing away at the age of 80. He died only two weeks after taping what would be his final episode of Jeopardy, explained Mike Richards, the executive producer of the game show, in last night’s emotional cold open.

Today we honor Alex Trebek. For over three decades he brought integrity, humor and intelligence to his duties as host of Jeopardy! He will be in our hearts forever.

Thank you, Alex. Love from us all. 💜 pic.twitter.com/w8abYY8SX5

“Over the weekend we lost our beloved host, Alex Trebek. This is an enormous loss for our staff and crew, for his family and for his millions of fans. He loved this show, and everything it stood for. In fact, he taped his final episodes less than two weeks ago. He will forever be an inspiration for his constant desire to learn, his kindness, and for his love of his family. We will air his final 35 episodes as they were shot. That’s what he wanted. On behalf of everyone here at Jeopardy, thank you for everything, Alex. This is Jeopardy!”

Trebek’s final episode will air on Christmas Day, and there is some suggestion that he will leave behind a message for viewers on that final episode.

There have also been other tributes to Trebek since Sunday. This may be the best: