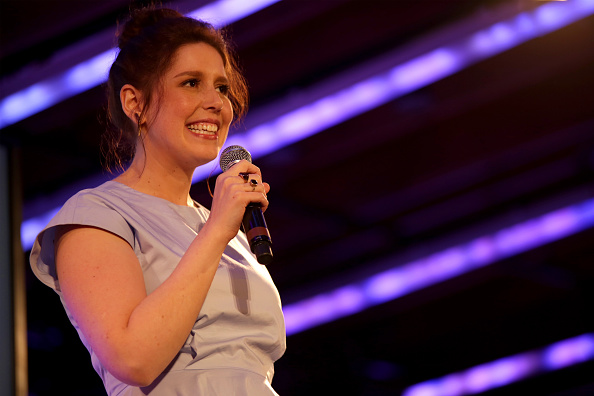 'I Love You For This,' Vanessa Bayer

If you’ve ever heard Vanessa Bayer on a podcast, you’d know that she’s as absolutely delightful as she appeared to be during her seven years on SNL (at the time, a record for a female cast member, which has since been broken by Kate McKinnon (and Cecily Strong and Aidy Bryant)). But did you also know that Vanessa Bayer had leukemia as a teenager? She was diagnosed with ALL leukemia at the age of 15, and for those unfamiliar, ALL basically requires a long, arduous three-year treatment. There’s a lot of chemo involved (10 months of intense chemo and radiation followed by two years of maintenance chemo), and it’s a spectacularly sh*tty way to spend your teen years.

It can also obviously change your perspective on life, as it did with Bayer, who found an outlet in comedy. Now Bayer is going to turn that discovery — and her experience with leukemia — into a series for Showtime. I Love This For You, which was greenlit to series, is about a character who overcame childhood leukemia to achieve her lifelong dream of landing a job as a successful home-shopping channel host. That character will be played by Bayer.

Bayer co-created the series with an SNL writer, Jeremy Beiler, and she will also be joined by Molly Shannon, who will play the charismatic host at the network. Jessi Klein (Inside Amy Schumer, Dead To Me) will run the show with Michael Showalter (Wet Hot American Summer). Cybil Shepard, who had previously been attached to play Bayer’s mother, is exiting the series and will be recast.

Vanessa Bayer, meanwhile, is a gem. For her Make-A-Wish, she went to Hawaii, but it was not her first choice. Her first choice was to meet … Jared Leto. (The ’90s were a weird time, y’all).