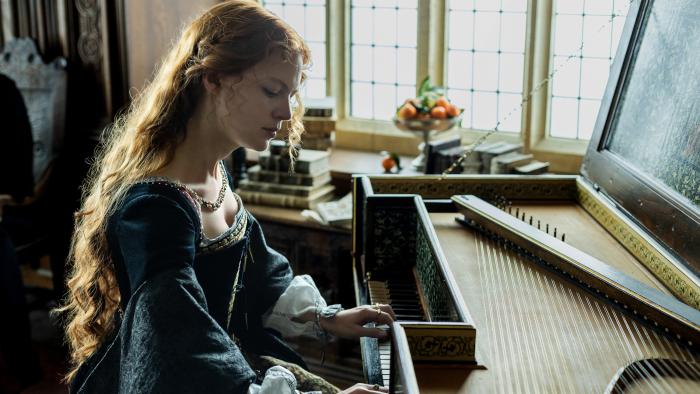 I adore Hulu’s The Great, loosely based on the marriage between Russia’s Catherine the Great and Peter III. In Elle Fanning and Nicholas Hoult, it boasts two of the best performances on television, the writing is clever, and somehow, these horrible people also manage to play on our sympathies. It is a phenomenal series.

The Great doesn’t take dramatic liberties so much as it creates its own brand-new story and inserts the occasional bit of history into it. As long as the viewer knows that going in, it’s fine, and even fun to find the occasional moment in the series based on actual Russian history. The real-life story of Catherine and Peter III’s marriage would have made a great movie, but the writers obviously needed to ignore the real history to keep Nicholas Hoult around and turn The Great into a multi-season series.

Conversely, Starz’s Becoming Elizabeth — centered on Princess Elizabeth in the years between the death of her father, Henry VIII, and her reign as Queen of England — needs far less embellishment. Those years, which pick up where Showtime’s The Tudors ends — were packed full of events, from the short reign of Elizabeth’s teenage half-brother Edward VI to his disputed successor Lady Jane Grey, who was followed by Bloody Mary before Elizabeth took the throne at the age of only 25. Needless to say, a lot happened between 1547 and 1558: There were a number of beheadings, turmoil within the monarchy, social unrest in England and Scotland, and the country was vacillating between Protestantism and Catholicism. When the dust settled, Elizabeth was the last one standing, and she would hold the crown for 45 years until her death.

Becoming Elizabeth, however, is not about Elizabeth’s reign. It’s about how she got there, and while the Starz series cannot boast the wit, the heart, or even the standout performances that The Great can, it has history on its side and a hell of a story to tell.

As the series opens, Elizabeth Tudor (Alicia von Rittberg) herself is still a teenager and, at this point, third in line for the throne behind the sneering and devout Catholic Mary Tudor (Romola Garai). With Edward VI too young to rule on his own, Edward Seymour (John Heffernan) becomes the lord protector. Meanwhile his brother, Thomas Seymour (Tom Cullen), soon marries Catherine Parr (Jessica Raine), the last wife of Henry VIII. Needless to say, it’s an incestuous court. Catherine is also the glue that holds half-siblings Edward, Mary, and Elizabeth together, although all three are the offspring of different Henry VIII wives. Things get complicated when Thomas starts flirting with Elizabeth; Elizabeth falls in love with Thomas; and Thomas attempts to grab power from his brother, the lord protector.

For anyone who is interested, I don’t want to spoil much beyond that, but I will say that for those of us removed from our college European history classes by a couple of decades and a lot of booze, the series of events that unfolds in only the first six episodes, so far, had me checking Wikipedia two or three times an episode to see how much of what’s onscreen is true. There are some dramatic liberties taken, and obviously, no one knows the content of the conversations back then, but the major events are all based on history. It is a wild decade for the monarchy.

I don’t want it to sound like history is all that Becoming Elizabeth has to offer. Alicia von Rittberg, Tom Cullen, and especially the long-underappreciated Romola Garai are very good; the costumes and set design are impeccable, and the writing is fine. It is not a stuffy period piece, but neither would it be mistaken for The Favourite. However, this does not have to be an either/or proposition: If you like opulence, comedy, and heartbreak with a dash of history, watch The Great, but if you’re a history nut who loves a good corset and bloody beheading, Becoming Elizabeth is well worth watching. Trust, nonetheless, that heads will roll.