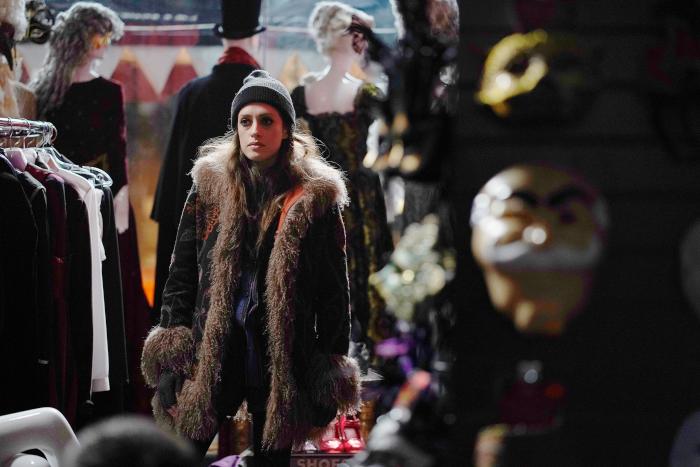 This week’s episode of Mr. Robot, “409 Conflict,” is one of the most genuinely enjoyable, exhilarating episodes of the series’ run. It is tense, gripping, and fun, a sort of caper episode that ends with Elliot, Mr. Robot, Darlene, and Philip Pryce all working in tandem to take down Whiterose and the Deus Group.

There are a few hiccups along the way, but ultimately, Darlene and Elliot are successful in executing the plan they have been working toward all season long. With the Deus Group all gathered in one place to replace Phillip as CEO of ECorp with Tyrone Wellick (who is dead, though Whiterose does not know this), Darlene unleashes another FSociety video alerting the world to the whereabouts of the Deus Group, the 1 percent of the 1 percent. Afraid of being seen, the Deus Group flees the lavish party, and Darlene uses some hacking device to collect their phone numbers on their way out. She matches those phone numbers with Cypress National Bank accounts, and she and Elliot eventually manage to completely drain all of their bank accounts. Poof. The 100 wealthiest people on the planet, including Whiterose, are all broke.

Philip knew this was coming, of course. In fact, he kept Whiterose in place long enough for Elliot to hack his phone number, and once Elliot and Darlene executed the plan, Philip also knew he was a dead man walking. But he took advantage of those last few minutes, delivering one hell of a mic drop in Whiterose’s face.

“Your project. Your dream of another world is good as dead. Think of it this way: You didn’t lose the game,” Philip says to Whiterose as Elliot escapes an adjacent hotel unnoticed. “You just ran out of time.” Whiterose, furious, shoots Philip in the back and she and her Dark Army associates flee. The episode ends with a SWAT team banging in the door to Whiterose’s compound as she applies her makeup. A shootout ensues between the police and the Dark Army as the credits roll.

The Deus Group is done. The organization that Elliot has been trying to take down for four seasons is kaput, and it is incredibly satisfying. But now what? There’s still the matter of the device that Whiterose has in the Chinese Congo. We have no idea what the device does, except that Whiterose presumably cannot afford to have it shipped. However, Philip made Elliot promise to destroy it. How many episodes does that take? Plus, I think there is still a third personality the series needs to reveal and explore. And there’s Dom’s fate with which to contend (she had been stabbed in the lung and was barely hanging on in last week’s episode, but this episode didn’t go back to it). Otherwise, what’s left that needs four episodes to explore? Wellick is dead. Angela is dead. Vera is dead. Deus is done. Whiterose is neutered. The source of Elliot’s dissociative disorder has been revealed.

I have no idea, but I do know this: Mr. Robot was originally written as a feature film. After turning it into a series, Sam Esmail has stated that he has kept the ending largely intact. After pulling off the big heist at the end of a movie, what is left aside from what is essentially the epilogue? That seems to be what we’re getting here: Either a four-episode epilogue that wraps up all the loose ends or perhaps the resurrection of Whiterose and her device? If that’s the case, we’re looking at a movie like Speed, where it ends three or four times. Or maybe Whiterose’s device is a time machine — as some have speculated — and Elliot is gonna be able to Back to the Future his way into resurrecting Angela.

I’m excited to see how the endgame comes together.

← The 10 Most Completely Forgettable Movies of the Decade | 5 Shows After Dark: 'How To Train Your Dragon' Homecoming Special NBC, '24/7 Kelly Slater' on HBO →