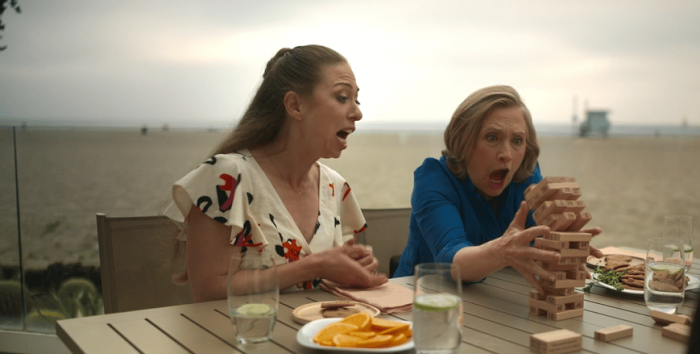 Hillary and Chelsea Clinton Get 'Gutsy' On AppleTV+

I know we owe a lifetime of apologies to Hillary Clinton but I am not entirely sure if that extends to giving her and Chelsea a whole television show.

Inspired by the Clintons’ acclaimed New York Times bestselling book, “The Book of Gutsy Women,” the docuseries features Hillary and Chelsea as they embark on a thought-provoking journey to speak with pioneering women artists, activists, community leaders and everyday heroes who show us what it truly means to be gutsy.

Which is all well and good until you realize that they’ve lumped Kim Kardashian in with Dr. Jane Goodall and Gloria Steinem.

I admire that these two, rich, white ladies are traveling the world to shine a light on many women of color who are doing important work. I hope that the Clinton name is not so divisive that it turns people off from checking this out.

← 'Pinocchio' And 'Slumberland' Come To Streaming This Fall | Louis C.K. Is Getting a Documentary On His Scandal ... and Comeback? →