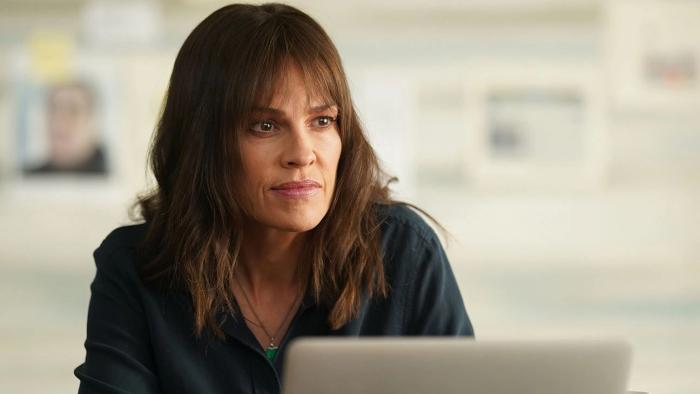 Even if the name doesn’t immediately register, you know who Tom McCarthy is. As an actor, he played the morally ambiguous journalist Scott Templeton in the final season of The Wire, but as a writer/director, he’s the guy behind phenomenal films like The Station Agent, The Visitor, Win Win, and the Oscar-winning Spotlight (he also co-wrote Up). He is quietly one of the best writer/directors around, and in Alaska Daily, he puts those talents to use for network television, specifically ABC.

Networks rarely make good dramas these days, and I don’t even know when the last time a network drama fetched an Emmy nomination for Best Drama (The Good Wife?). Despite the talents of McCarthy and his lead, Oscar-winner Hilary Swank, Alaska Daily probably won’t, either, but that’s only because McCarthy built this series for network television. I’m not saying he dumbed it down — he didn’t — but with a few tweaks, a better-known supporting cast, and a more serialized arc and Alaska Daily wouldn’t seem out of place on HBO Max or Apple TV+.

For network television, McCarthy gives Alaska Daily some lighter touches and what appears to be “cases of the week” alongside a season-long storyline about missing indigenous women in Alaska. It’s good television, but it also combines comfort and familiarity with prestige. More network television should be like this.

In Alaska Daily, Swank plays Eileen Fitzgerald, a no-nonsense award-winning serious New York reporter whose career is blown up after a Secretary of Defense she is targetting smears both her and her source, the latter of whom crumbles under pressure. Eileen is effectively canceled after allegations surface that her old-school journalism style doesn’t sit well with some of her colleagues.

In an effort to clear her name (and prove the allegations against the Secretary of Defense), Eileen decides to write a book, but in the meantime, an old mentor — Stanley Cornik (the always reliable Jeff Perry of Scandal fame) — convinces her to help him rebuild his flailing newspaper, The Alaska Daily. The subscriber base is anemic, the newsroom has been gutted, and its offices exist in a strip mall. Eileen is reluctant to move to Alaska, but the allure of a big story about missing Indigenous women pulls her in.

Though she is typically a lone-wolf reporter, Eilen is paired — against her wishes — with a local reporter, Rosalind (Grace Dove), whose cousin is one of the missing women. Rosalind resents a white woman taking lead on the case. They, however, forge a reluctant partnership: Rosalind knows the locals and has a personal stake in the case, while Eileen has the journalistic experience. Eileen also brings her big-city ways to the small news office, which is both effective and disruptive.

They learn from her; she learns from them. It’s your typical fish-out-of-water underdog story. There’s a formula here — because it’s network television — but McCarthy (and Swank) bring some weight to it. There’s a timely examination of modern newsrooms, the give-and-take required of sources, and it tackles an important issue that gets little nationwide coverage, that of missing and murdered Indigenous women (and it does so with a lot more care than, say, the first season of Big Sky.

Again, it’s exactly the kind of television broadcast networks should be making, but that’s also my biggest concern. I worry that the kind of people on a steady diet of CSI and SVU may find it too high-minded, while those who typically seek out dramas on the streaming services won’t trust it. I worry it may fall through the cracks, or that it may need to ramp up the soap opera elements to gain one audience at the expense of another. It’s in something of a no man’s land: It’s too good for network television, and not as good as it could be if it were on streaming, but it’s also exactly what I want: A throwback to the type of dramas that networks used to produce, like West Wing, E.R., and The Practice. I hope it works, but I don’t have a lot of faith that it will.