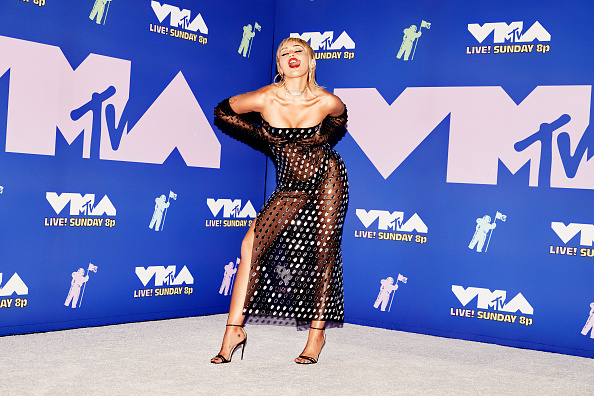 OK, Boomer: Highlights of MTV's 2020 VMAs for the Olds

After months of Zoomed events and so many reunion specials that I was starting to worry that they’d roll Max Wright’s bones out for Alf reunion (but seriously, can we put a hold on reunion specials? Please), MTV put on awards show last night. The VMAs were social distanced, the audience was CGI, and masks were worn, but it’s still nice to wake up to highlights of actual live performances and red carpet photos. Seriously, for those of us who rely on photo services to provide us with photos for the headers in our articles, it’s nice to finally get a few new photos that are not of Ben Affleck and Ana de Armas wearing masks and walking their dogs. Look, it’s Lady Gaga! 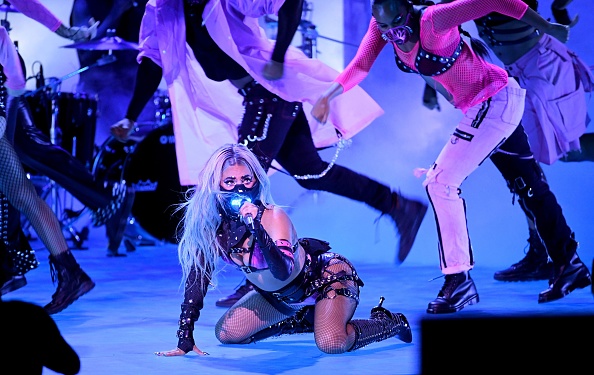 I’m not going to pretend to care about Nicole Ritchie, but look! Nicole Ritchie! Remember when she was the best thing about the very good Great News? 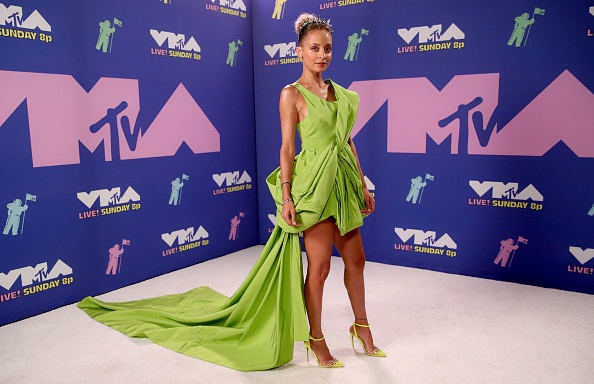 The VMAs used to matter a lot in a cultural context, and while their significance has faded (along with the importance of the music video and MTV itself), it’s still an important, annual tradition.

There weren’t a lot of celebrities who appeared on the Red Carpet (for the best, really), although you could find Travis Barker (with a mask) and Machine Gun Kelly (without one). There were a lot of folks missing, too, like Taylor Swift, who accepted her awards remotely, and BTS, who did the same, although they also gave a cool prerecorded performance.

I am SPEECHLESS after @BTS_twt’s explosive #VMA performance of #Dynamite!! 💜 😭 pic.twitter.com/Qj14AYTzfD

Keke Palmer hosted, and fittingly began the night with the tribute to Chadwick Boseman, who passed away on Friday.

Miley Cyrus performed live, with a video that I am pretty sure was making fun of “Wrecking Ball” and her younger self.

Our girl @MileyCyrus has us all gazing at the #MidnightSky tonight! #VMAs 🔭✨ pic.twitter.com/7UVmPix1My

The Weeknd won Video of the Year for “Blinding Lights,” that awesome song that sounds like Men Without Hats if Men Without Hats were three times as cool. “Blinding Lights” is a cool video and Weeknd opened the show with a performance of it (The Weeknd also demanded justice for police shooting victims Jacob Blake and Breonna Taylor in accepting his award for Best Video).

However, it was Lady Gaga and her mask who won the VMAs. Gaga and Ariana Grande put on the best performance of the night (they also won for best collaboration). This is legit bad ass, and Gaga blew the doors off the place, and she did so safely.

See? Gaga can wear a mask, sing, and perform for an audience of millions. We should be able to wear one while going to the goddamn grocery store.

.@ladygaga performed an entire medley and accepted several #VMAs while wearing a mask, so you can wear one too. pic.twitter.com/VA0736nS4t

(My son offered me $5 to incorporate “Yeet” into the headline. I just couldn’t figure out how.)