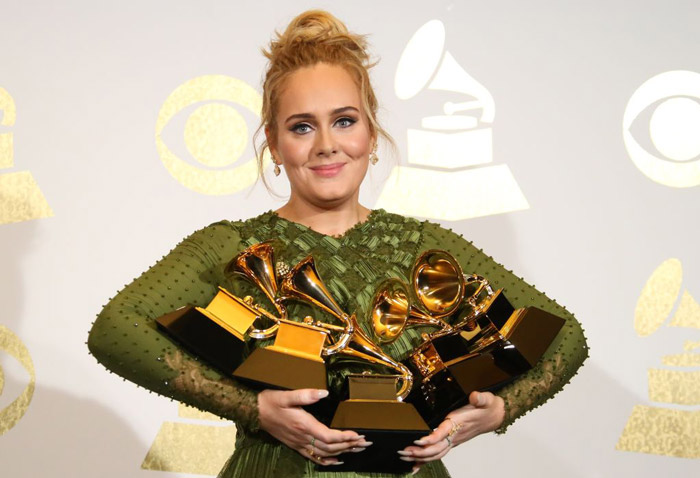 Like many of us, Adele has been trying out some new looks while in quarantine. For her birthday, she donned a dramatic black mini-dress paired with a weight loss reveal. Then, she cheered Beyoncé’s Black Is King release with curly hair and a bold print. Now, the world-renowned English singer has offered a new look to toast London’s annual Notting Hill Carnival.

Happy what would be Notting Hill Carnival my beloved London 🇬🇧🇯🇲

The Notting Hill Carnival traditionally celebrates the cultural diversity of London. As the event has gone virtual this year, Adele celebrated at home. However, her look for this event is being called out for cultural appropriation. The bikini top is the Jamaican flag. Her hair is done up in Bantu knots, which is a traditional African hairstyle that dates back over 100 years.

According to Naturally Curly, “[Bantu knots] are worn by African women of certain cultural groups with a sense of pride and are a strong representation of women in the community wearing a natural hairstyle passed down from generation to generation. Although many African-Americans do not know where their roots lie in Africa, it’s an amazing feat that we have been able to keep this tradition and style alive in our communities and families today.”

The site also notes how non-Black people have attempted to co-opt the hairstyle, renaming it “twisted mini buns” and crediting the look to non-Black people, like Icelandic singer-songwriter Björk. “Cultural appropriation is particularly threatening with regard to Black hair,” Natural Curly explains in an article we recommend reading in full, “Because Black women have had to fight for equal representations in several industries and for our beauty to be valued by society. Often times when Black women have worn traditionally Black hairstyles it is written off as ‘unprofessional’ or ‘ghetto,’ but when white women do it, suddenly it’s fashionable or a ‘new’ trend.”


Adele really said Hello from the OTHER SIDE pic.twitter.com/kdFkAPY3Iu

2020 does not have the capacity for Adele's problematic era, please abort https://t.co/8JD91MUDGn

I can't tell if I'm more upset about the Bantu knots, the Jamaican bikini top, the way she looks like Katy Perry?????, Or Kayla's comment https://t.co/Da0KFuJTSb

Comparisons were drawn to Tom Hanks’ son Chet Haze as well as others.

adele in the middle of carni like this pic.twitter.com/syhABD89AK

Meanwhile, on Instagram, she was cheered by celebs like Chelsea Handler, Lisa Rinna, Zoe Saldana, and Naomi Campbell. 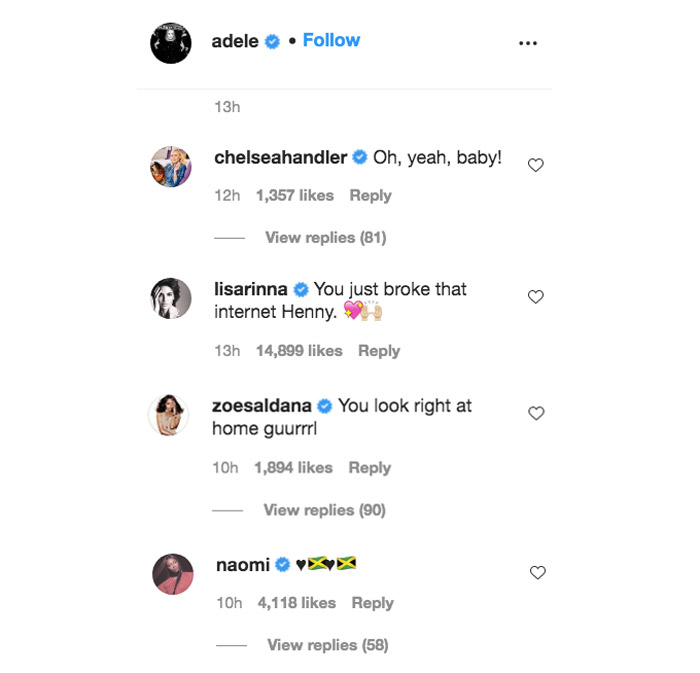 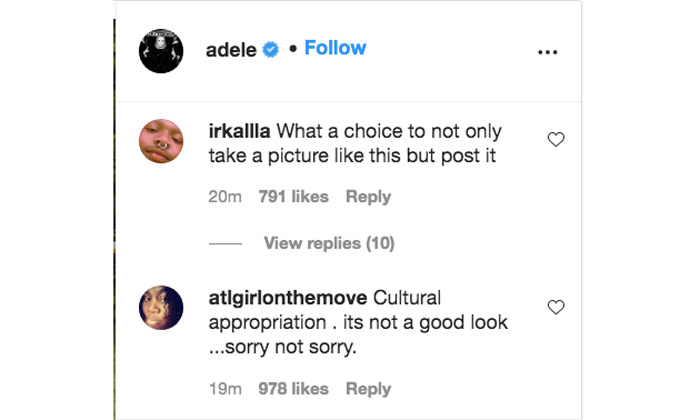 What do you think of Adele’s Notting Hill Carnival look? Sound off in comments.


← Highlights of MTV's 2020 VMAs for the Old and Infirm | Brad Pitt's New Girlfriend, Nicole Poturalski, Is in an Open Marriage with Roland Mary →