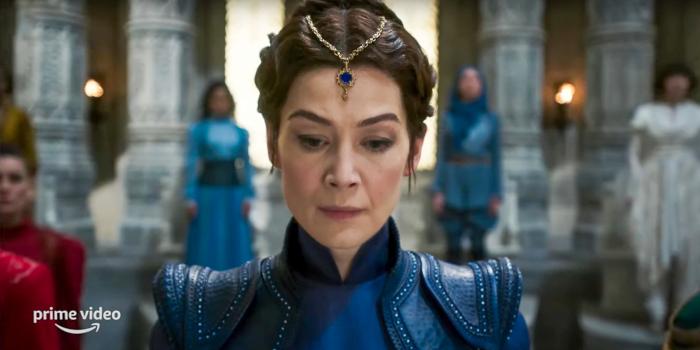 New holiday season trailers are dropping like mad this week. Along with Cowboy Bebop, Lightyear, Unforgivable, Black Friday, and Masters of the Universe: Revelation comes the first full-length trailer for Amazon’s 8-episode adaptation Wheel of Time first season. It drops a ton of new clues on potential viewers, many of whom might not have read the series, so let’s dive right in.

We start off with Moiraine Damodred (Rosamund Pike), ex-royal and member of the Blue Ajah of Aes Sedai, swearing the Three Oaths all full sisters must uphold. The Oath Rod she’s holding compels any who swear upon it to follow those oaths until their death. For the Aes Sedai, that means they cannot lie, craft weapons, or use their gifts as weapons save against the forces of evil. She does this in front of the Amyrlin Seat and the Sitters of the Hall, representatives from all the Ajah. For our purposes the most important of these are the Blue, who focus on nation-building and politics; the Green, or Battle Ajah, which focuses on halting the Shadow wherever it tries to push into human lands; and the Red, who hunt down male channelers to “gentle” (remove their abilities) them before they go insane and threaten civilization. The men gentled or women “stilled” quickly lose the will to live and rarely survive long. The Aes Sedai are very powerful but distrusted for their manipulation of rulers and nations. Though access to the female half of the One Power grants them an extended lifespan they are not immortal and can be killed by knife, arrow, or poison as easily as anyone else if caught off guard. 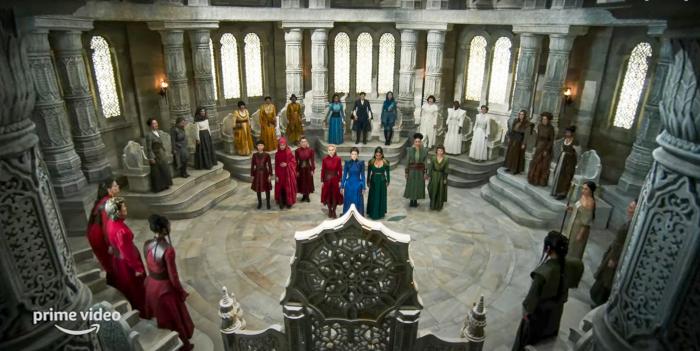 We learn of one of the first major and likely most important changes from the source material; the Prophecy of the Dragon that sets things into motion is no longer about one of three young men; Rand al’Thor, Matrim Cauthon, or Perrin Aybara. Moiraine speaks of the chosen one being “one of five,” suggesting the other two possibles are Nynaeve al’Maera or Egwene al’Vere, who serve as the village’s Wisdom and apprentice respectively, and both of whom have the potential to become powerful channelers. It makes sense the series would no longer focus exclusively on the young men of Emond’s Field. 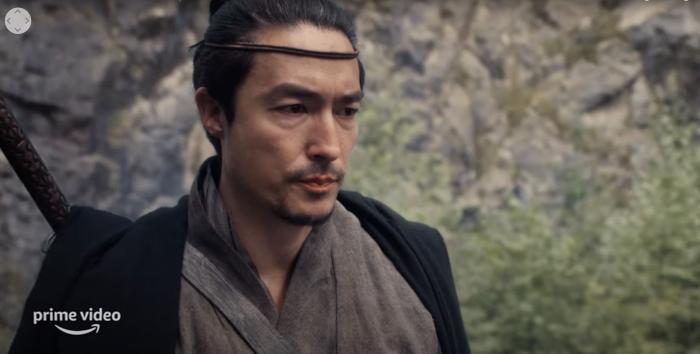 We see Moiraine and Lan Mandragoran, exiled ruler of a lost country and Moiraine’s Warder. A Warder is the servant and bodyguard to the Aes Sedai, linked with them through the One Power and granted strength and endurance through their bond. They can also sense where their Aes Sedai is and their general state of being, and vice versa. Most Aes Sedai have one Warder; Green Ajah may have several, and the Reds have none. We see the party travel into Shadar Logoth, a fallen city tainted by an evil entirely its own. 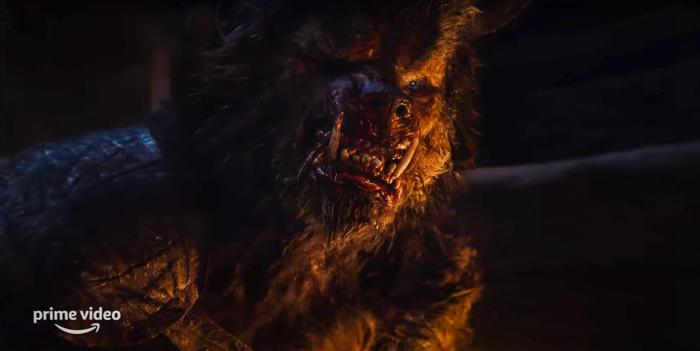 We get our first real look at the Trollocs, half-man and half-beast abominations that serve as the Dark One’s foot-soldiers. Above them are the eyeless, faceless, needle-toothed Myrddraal, a mutation in the Trolloc line that spring up rarely. They are more human-like in some ways and incredibly quick, powerful, and capable of walking from one shadow to another without traveling the distance between.

We get a quick glimpse of the Borderland country of Shienar and its King, Easer. The Borderland nations protect the rest of the civilized world from the Blight, the poisoned lands held by the Dark One’s forces. The Borderlands societies are akin to the (white guy interpretation of) 13th-century samurai culture of Japan. 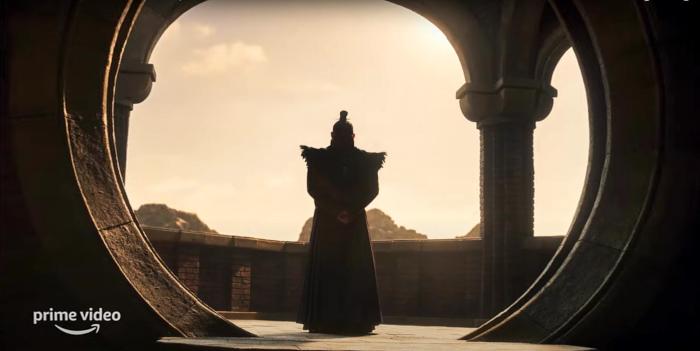 Then we see a man I assume to be Pedron Niall, though I don’t recognize the actor and can’t find him listed on IMDB. The leader of the Children of Light enjoys his lunch while watching a woman accused of being a witch burn. The Children, or Whitecloaks as they’re derisively called, are the military arm of a fundamentalist state, Amadicia. They’re self-righteous, misogynistic zealots who hate anyone, male or female, who can use the One Power. Like the Inquisition, they’re never too picky about who they accuse of being a Darkfriend, and are happy to save souls through torture or mass slaughter. They are powerful enough that they’re typically allowed to roam other nations unmolested, but are generally loathed by the population.

Then we get a bunch of action scenes that all have my interest. Hidden among them is a brief snippet of false Dragon Logain as he struggles with an Aes Sedai. The male half of the One Power, called saidin, was tainted by the Dark One at the end a war millennia ago. All men who can wield the power go mad or rot while still alive as the taint roils through them. This is why they’re hunted so fiercely by the Reds. But one of those men (or now women, I suppose) is destined to become the Dragon Reborn, the only chance to defeat the Dark One. Logain Ablar, a powerful channeler, tries to gain that title through conquest. It doesn’t go well.

It’s a lot. And, given that season one reportedly covers The Eye of the World as well as parts of the next two books, The Great Hunt and The Dragon Reborn, more is sure to come. We’re already promised a second season, despite a main character being recast, so we’ll see if audiences give it a shot. Only time will tell if the potentially steep learning curve to the series alienates viewers. I hope not; though flawed, there’s a lot to work with in the source material. I’ll probably have a more in-depth primer in the next few weeks for those who haven’t read the books. The first 3 episodes drop on Prime Video on November 19.

← So Olivia Munn and John Mulaney Might Still Be Together | The Armorer on the Set of 'Rust' Also Nearly Blew Nicolas Cage's '#!$ing Eardrums Out' →