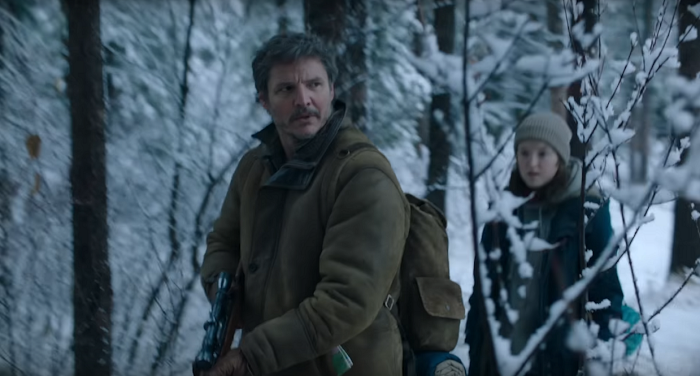 HBO's Full Length 'The Last Of Us' Trailer Is Spellbinding

It’s been a long, long time since I’ve been this excited for anything to do with TV. Where once I was an avid series watcher, these days I find myself struggling to start anything new. Aside from Better Call Saul, Barry, and Atlanta, my TV viewing has been reduced to popping on the occasional It’s Always Sunny, classic Simpsons, Arrested Development, or doing another rewatch of The Wire. I hoover up new films, but when it comes to TV, I just find it nigh-on impossible to commit to anything.

This just makes it all the more notable how hyped I am about HBO’s upcoming adaptation of the acclaimed video game The Last Of Us. I’m not gonna go into how much I love The Last Of Us again, except to reiterate that the sequel to the original game quite confidently holds the title of my favourite video game of all time—and that’s against some pretty stiff competition, including its predecessor. The Last Of Us Part II is truly a staggering achievement of design, gameplay, and storytelling.

It’s that storytelling—begun in the first game—that I’m so excited to see game series creator and director Neil Druckmann bring to the screen in collaboration with showrunner Craig Mazin in HBO’s adaptation. HBO have just released a new, full-length trailer for the show, and honestly, it not only continued the trend of the show’s marketing quashing any of my attempts at curtailing my hype levels—it fully launched my expectations into the stratosphere. Obviously, it is just a trailer, and designed to make the thing look good, but so many things seem to be falling into place: Pedro Pascal seems like he’s completely disappeared into the role of Joel, Bella Ramsey has understood how Ellie often deals with her horrific reality through the use of humor, the world looks as ravaged and hopeless as it has to—and we’ve got game composer Gustavo Santaolalla returning to provide the soundtrack, as well as a nod to the source material with the inclusion of (and only players of the games will fully appreciate this at this stage) planks, Troy Baker and Ashley Johnson, and ‘Take On Me’, a song forever changed for me by its inclusion in The Last Of Us Part II (even though without that context it here sounds very much like yet another example of the ‘slowed down melancholy cover of a pop song’ trailer trope).


The Last Of Us premieres on Jan 15th on HBO Max and I for one will be glued to the screen.