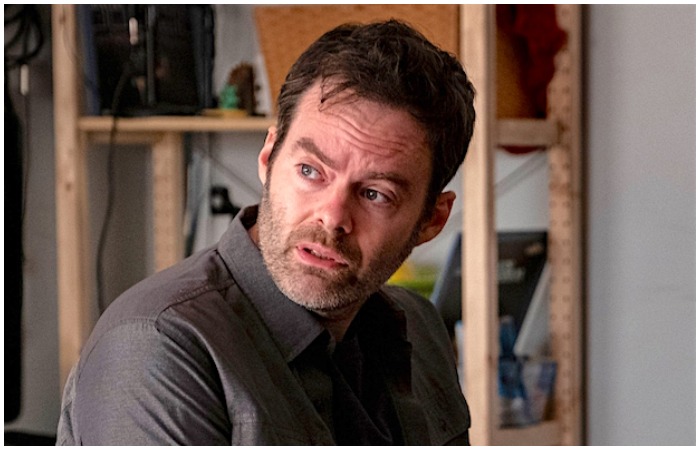 (spoilers for season 3, episode 8)
“Do you love Barry Berkman?”
Of all the questions to emerge from this somber season of Barry, questions surrounding forgiveness and mercy, vengeance and love, all come second to the one that viewers are compelled to ask themselves over the course of the last eight episodes: is love or even forgiveness possible for a man who has done the things Barry Berkman has? Barry is without question the big villain of the series, but the question of loving him, one posed by a righteously angry Jim Moss as a means of psychological torture to extract information from Gene, still garners a moment’s hesitation. While we’re privy as to why he would cover for Barry, we also know that Gene could never withstand Jim’s unique set of psychological skills. But it’s only at the end of the episode that we discover just how successful Jim’s endeavor would be, the result of which is Barry in police custody at last, though it’s of small comfort as we see him standing alone outside of his eerily quiet home with a framed photo of Janice just within view.

Yet for all of Barry’s monstrous deeds, it’s difficult not to feel sympathy when he finally reaches his breaking point in the desert. His lingering guilt over killing Chris and the stress of evading capture was already too much to bear; seeing Albert and being reminded of his hasty, rage-filled error back in Afghanistan blew down whatever mental compartmentalization remained. When Albert raises his service weapon, death seems certain, and at that point, all he’s capable of is screaming in terror. For Barry, his fear is warranted: throughout his convalescence, visions of a sunless beach populated by his many victims have appeared, though the most recent one had the terrible addition of both Gene and Natalie, as though it’s only a matter of time before the two people he cares about the most (in his broken way) are fated to join the ranks of the dead. Until now, we haven’t seen Barry display a particular fear of death, though no one has come close to succeeding until Sharon. It took being on the verge of death for Barry to consider what the afterlife holds for him (“Because I know where I’m going after all of this”) and seeing that gun raised at him made the possibility frighteningly imminent.

But in yet another amazing stroke of luck, Albert shares that he has no desire to either kill or imprison the man who saved his life. Morally it’s the wrong choice, but it’s easy to understand how Albert justifies it: “I know evil, Barry, and you’re not evil.” In a callback to season one, he demands that Barry change and stop what he’s doing, “starting now.” But unlike the first time we ever heard Barry say those words in the early days of season one, a newly aspiring actor ready for a fresh start, we know it’s only a matter of time before Barry has to kill again.

A phone call from Jim Moss a short while later gives us an idea of just how soon that will be. While Barry’s shock and fear at the veritable SWAT team surrounding him is palpable—Hader’s at a career-best this episode—it pales to the look on his face when he sees Gene and comes to the realization that he’s been set up. It’s taken quite some time, but Gene has finally gotten his revenge. All it took was him giving the performance of his life. Even though it’s only right that Barry be forced to answer for his crimes, it’s immensely sad seeing the pain in Barry’s eyes when he realizes what has just happened.

There have been many fine performances this season, but Henry Winkler has, to put it in professional terms, absolutely crushed it here. His performance has had a dynamism equal to co-star Sarah Goldberg’s own (her flashier work will receive the lion’s share of attention, however), though the role of Gene Cousineau demands wider emotional area to be traversed. From a pompous clown to a miserable hostage and back again to a cheery professional back on his way towards the top, Winkler has deftly applied himself to each of his character’s varied circumstances. Although seeing the righteous gleam of vengeance in his eyes as Barry’s dragged away certainly underscores the best double-cross I’ve seen since the Succession finale, the most memorable moment for me is the mildly awkward nod and half wave to Jim we see through that bay window, a parting acknowledgement in a moment where there’s too much to ever possibly say aloud.

All that’s left for us is to imagine what can possibly come next. After the terrifying assault at Barry’s apartment, Sally is on her way back to Joplin, Missouri. Murdering the man that attempted to kill her is certainly the straw that broke the camel’s back, but the lead up to her decision to go home has been in the works for the entire season. It’s a perfect bookend to the opening of the season, when Sally was fully absorbed in the creation of Joplin on the cusp of stardom. Getting out of L.A. would probably do her a world of good, seeing as how just before the violent biker broke in, she had a fully laid out plan for Barry to apply his particular set of skills to her new rival, Natalie—something I had half-jokingly predicted last week, which nevertheless left my jaw on the floor upon seeing it actually come to pass. I doubt Sally will fully heal from what has happened to her, along with her personal shortcomings, but everyone is certainly better off (Natalie, especially) with Sally back in Missouri.

With the exception of Barry, who’s up the creek without a paddle, our principle characters have made it intact, if not irrevocably scarred. Even NoHo Hank miraculously managed to free both himself and the man he loves, though it’s doubtless that many nights of hearing growls in his sleep await him. With how grim the season has been, I expected a major death—Hank was my guess, merely because there seems to be few places for that character to go, despite my fondness for Anthony Carrigan—so it came as quite the surprise that the one person to go down is our title character.

Closing the season out with Barry getting arrested is probably the gutsiest thing Bill Hader and Alec Berg could have done. I had assumed that Barry would find a way to best Jim, and when Barry met a hysterical Gene outside of Jim’s home, I was certain of it. I’ve critiqued the series for approaching the realm of predictability when it comes to Barry’s unstoppability, but this makes for a great shakeup. Currently, Hader and Berg are developing season 4, which will be a much shorter wait than season 3, though t’s unclear whether this will be the final season (still in the midst of the writing process, Hader himself has stated that “if it makes sense for it to end, it’ll end,” per Variety). I admit that I was doubtful for a bit, but with this finale, Hader has once again shown that he knows how to nail a story. I may not love Barry Berkman, but with this new direction, and the whole new set of gripping dilemmas that undoubtedly await, it’ll be impossible not to watch him.

Kaleena Rivera is the TV Editor for Pajiba. When she isn’t totally absorbed in Henry Winkler’s recent adorably enthusiastic fishing adventures, she can be found on Twitter here.