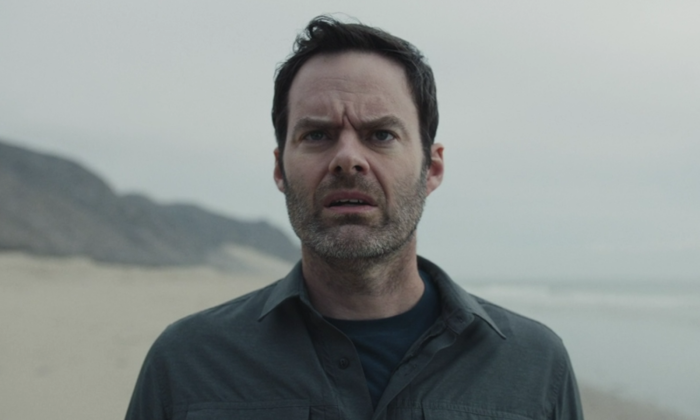 ‘Barry’ is Walking Backwards into the Darkness

(spoilers for season 3, episode 7)
For a show that has never shied away from its dark side, the third season of Barry has been outright grim. In the first two episodes, we saw Barry’s abusive side fully reveal itself, dominating Gene and threatening him and his family out of some misbegotten sense of love, along with the horrific way he treated Sally. It was so spine-chilling that it was difficult to imagine what other threats could possibly come along to further the plot. Now the final two episodes have flipped things on their head, with Gene covering up for Barry, an utter impossibility only a few short weeks ago, and Sally now publicly caught hurling abuses against someone close to her. With only one more episode left in the season, things are so dark now that any light at the end of the tunnel could only be attributed to a figment of imagination.

As zany and action-packed as last week’s episode was—the highway chase will absolutely go down a season-defining scene—I found the drama in this latest episode much more engaging. While it’s partially due to the vast swaths of plot soil being tilled, most of it has to do with the fact that the events of this week felt far more perilous than a motocross gang speeding along cars, nifty as it was. Interestingly, little of that suspense has to do with Barry teetering on the brink of death after Sharon Lucado (Karen David) poisoned him. Barry has more lives than a cat, having spent the last few episodes narrowly avoiding being killed, thanks mostly to dumb luck. But with Albert and now Janice’s father, Jim Moss (Robert Ray Wisdom, who, all these years later still causes me to yell, “Bunny!” each time he appears in a project), searching for him, there’s a chance that Barry’s luck may soon run out. The fact that it’s becoming increasingly less likely that Barry will still be alive once the series comes to a close means that the shock value for his demise will be derived solely from who manages to pull the trigger.

If it came down to a choice between Albert or Jim, I’d put my money on the PSYOPS-trained Vietnam vet. While Albert seems like a badass—I’m sure his and Barry’s inevitable confrontation will be a thing to behold—Jim’s cold calculating nature is a far greater threat. This is, after all, a man who once managed to convince his captor to kill himself, as relayed in an anecdote that kept Fuches in such a state of incredulity (“Did you get a sense of his home life?”) that he never noticed he was being delivered to a gaggle of police officers until it was too late. But winding up inside an interrogation room doesn’t seem to bother Fuches all that much, likely because his revenge on Barry is almost assured, not to mention the fact that it’s nearly certain the police don’t have enough hard evidence to hold him—the quality of police work on the series speaks for itself. Try as anyone might (just ask the trigger-happy motocross enthusiasts), Fuches is a bad penny that will invariably continue to show up until the day someone manages to successfully put him into the ground.

Though an easier target than Fuches, Jim Moss also made quick work of Gene who, until Jim’s unexpected appearance, was soaring high on the wings of success. Credit to the writers who laid the groundwork for Gene’s newfound reticence to snitch on Barry so thoughtfully that his change of heart is understandable, even if it’s despicable at its core. He may have tried to kill Barry in the beginning of the season, but when the wheel of fortune pulls a favorable 180° on you, it tends to shift one’s perspective. Unfortunately for him, his newfound prosperity has done nothing for his acting prowess (“Stella! Get down here! Get down here! I wanna eat!”), so when the nervous flop sweat makes an appearance along his scalp during Jim’s friendly interrogation, Gene’s lie is instantly betrayed. Here’s hoping that Gene doesn’t wind up tied to a chair or some such, at least before Annie Eisner’s (Laura San Giacomo) check clears.

Whether it’s sincere or not, Gene’s done Annie a good turn by bringing her onto Gene Cousineau’s Master Class. He may have a history of bad behavior, but at least, to my knowledge, he’s never trapped someone in an elevator and screamed they’re “an entitled f***ing c**t” in their face over and over again. Sure, Natalie’s show is similar to Joplin, except she had the presence of mind to set it at a cupcake shop to hit all of those BanShe taste clusters, but Sally’s reaction is unjustifiable in every way. The Sally-Natalie feud wasn’t a shocking development in and of itself, but to have it come to a head so soon and so heinously was jaw-dropping.

Sally’s viciousness (I’ll be surprised if this doesn’t cinch the Emmy for Sarah Goldberg) was so extreme that it was all too easy to not notice Natalie clutching that phone to her chest. The video of Sally screaming in her former assistant’s face is damning, but something that could possibly be forgotten with time and effort.

Unfortunately, Sally doesn’t listen to Lindsay’s very reasonable advice to simply sit tight and chooses instead to hastily craft what is quite possibly the worst public “apology” in human history. From the opening sentence in which she apologizes for her “perceived transgressions,” (woof) and deflecting by mentioning how the c-word is “widely used in Europe,” (double woof), before spinning off into a tangent about untrustworthy people, the video is an absolute masterclass in how not to issue an apology. It’s Lindsay who provides an accurate assessment of the situation, something Sally has no desire for no matter how many times she insists she’s sitting on the side of truth. What follows is an absolutely extraordinary meltdown, complete with wide-eyed accusations and finger-pointing. There’s an eerie foreboding watching Sally literally walk sightlessly into utter darkness as she redirects her rage at Lindsay, and although she rightfully drops her as a client, it’s terrifying to imagine what lengths Sally may go to now that she basically has nothing. The elevator scene was clearly intended to mirror the incident with Barry back in episode two, but I can’t help but wonder if she might take him up on his previous offer, now that we’ve firmly established that the pair are much more alike than we’d previously thought.

While Sally reteaming with Barry is, admittedly, slightly far-fetched, it’s at least possible now that Barry is getting treatment for whatever poison Sharon gave him, which I suspect only didn’t work because she underestimated the fatal amount needed for a man of his size. Beachside hallucinations aside, the show’s treatment of Barry has grown considerably more odd over time thanks to the mixture of plot armor (there’s no reason for Ryan’s father to not only spare Barry’s life but save it while taking his own) and logical inconsistencies (how did Ryan’s father find him by that dumpster?). It’s hard to imagine the show without its title character, but to be frank, Barry’s presence wouldn’t be missed. Barry is at his most interesting when he’s navigating being human—the dictated text message scene from the previous episode is a great example of the character being at his best—so when he reverts to the alien-like dissociative quality that’s become a common occurrence throughout this season, I find myself eager to get right back to Sally (deeply flawed but immensely fascinating to watch), Gene, Fuches, or any number of side characters who seem as though they have other narrative possibilities aside from being strictly doomed.

Next week is the season finale, which I’m sure will be one hell of a spectacle as storylines are wrapped up—including Hank’s captivity, the circumstances leading up to it being yet another logical inconsistency that I hope gets a sufficient explanation—and characters converge. The finale teaser shows the same tree from season three’s opening, where Barry murdered his client, along with his intended target, with what looks to be a freshly dug grave. It seems as though the teaser is implying a full circle moment next week, though with Bill Hader’s recent warning that the finale is “very intense” (to the point of evoking tears and more from some cast members and writers), the darkness of the season’s opening may pale in comparison to what will come next.

Kaleena Rivera is the TV Editor for Pajiba. When she isn’t wishing that Anthony Carrigan had more to do this season, she can be found on Twitter here.