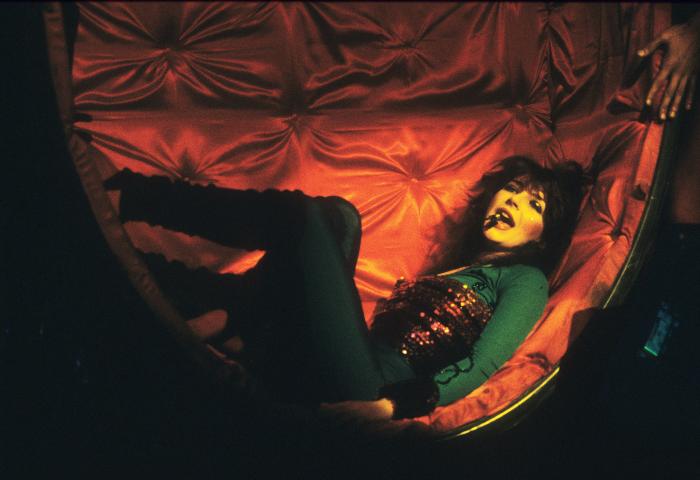 Stranger Things: A Definitive Ranking of Kate Bush's 'Running Up That Hill' Covers

I promise you I had this idea several months ago, but never got around to write it. And then Stranger Things platformed one memorable needle-drop to its gigantic audience, introducing a whole generation of kids to someone who is, perhaps, one of the GOAT music acts of all time, foundational to pretty much every single music act that might be considered “alternative” in some way ever since her first album, and most certainly the Founding Mother to every single female singer that just did their own thing: Kate Bush.

“Running Up That Hill” is, in my humble but well-informed opinion, the greatest song ever made. It is somehow Bush’s magnum opus in a career where every single thing she has released is a masterpiece. It’s a signature song for an artist that is way above the kind of artists that have a signature song because she just simply has an entire collection of classic cuts that also happen to be bangers. Kinda like Leonard Cohen’s “Hallelujah” in relation to his repertoire, with the added bonus that Kate Bush also had multiple singles become chart-toppers. Just … not in the US. Like, there’s a lot of things wrong with the UK and its culture, but their musical taste is not one of them, at least in the sort of artists that become huge names there.

“Running Up That Hill,” like “Hallelujah,” is the kind of song that seems to come down from the Universe’s background radiation. It sounds like it was written at the very beginning of human culture except for the synth lines, precisely because of its almost atavic nature that it lends itself so well to covers. It is and will always be Kate Bush, but many, many, many others have managed to cover it, make it their own and come out on the other end without the feeling of having blasphemed. It’s the same with “Hallelujah,” and even Justin Timberlake was up to the task.

I don’t think I’ve heard a cover of “Running …” that I haven’t liked, because nine out of then times, it will be covered by a huge fan with an understanding of what the song asks from you. It’s not the kind of song you’ll hear Jessica Simpson butchering with that very American way of belting out the subtle. At least for now, I hope this new wave of popularity doesn’t flood us with a vocal race of clout-chasers trying to make the greatest song about gender, psychology and belief into… I shudder just to think, Christian Contemporary. Eeeek!

“Running…” is as perfect in its whole as it is in its parts, but any great cover should be rated according to what it did with those little epic stories that are each of its stanzas, choruses, and bridges, plus the musical proposal, which I divided into:

The opening beat: Kate came up with an intro for the ages, so the more originality in the adaptation, the better it’ll serve the cover.

First stanza-first chorus-second-stanza: The first mini-epic towards the bigger-than-the-sum epic whole that is this song. Sets the stage, the thesis, and the mood. The key here is how to build up on energy.

Third stanza into third chorus: The punch, the proving of the thesis, the song gallops and rises in intensity, raising the stakes. The key verses are the first and second (“Is there so much hate for the ones we love?/Tell me, we both matter, don’t we?”), where Kate’s voice becomes almost anguished and determined, and then immediately shifts into tenderness and vulnerability.

The Bridge: The conclusion of the thesis, the proposal girding the entire song together, the kind of song segment that you need to replay over and over again because it’s so wonderful but so short. This part makes or breaks a cover, and is so damn influential that you can hear traces of it in other songs.

Final chorus and outro: Final explosion of energy, technically the singer could just let loose here and it wouldn’t compromise the spirit of the song, but it’s better to take it easy, a coda that slowly levels itself with the initial energy with which the song started.

The Ranking.
The methodology was quite systematic: I just typed “Running Up That Hill” on Tidal and started going down every cover. Almost, I skipped some, did away with the instrumental versions (the voice is indispensable for this song to work), discovered new ones and went back to the versions with which I was familiar.

Well, once again I contradict myself within the same article because I don’t like this one at all. Like much of the Symphonic Metal genre, in my opinion, it just can’t make up its mind between making this go as hard as it can or maintaining a more grounded, earthy palette of sounds. Within Temptation had two potentially great takes when doing this cover: A hard-pounding guitar and drum line and another closer to Brit-Pop or art-rock (with that very Celtic opening), very much how Florence + The Machine would cover this song (this one is from 2003 though). The problem is that they used both at the same time, and the end result is messy and depowered. Plus, they completely neglect The Bridge, the one thing you should never do when covering this.

This one falls squarely in the category of doing an exact replica of the original, which is very respectful but shows zero originality. A shame coming from someone who gave us such a great cover of “I Think We’re Alone Now.” I dig her take on the final chorus and outro, but the bridge is ruined with overlapping vocal tracks.

This is … a version. Very techno, very electro … So, are the lyrics kicking in any time soon? because it’s almost a minute in and…

You know what, whatever, it’s still an interesting proposal. I’ll always take messy and original over safe conventions.

Now, we are getting into the “pretty good” layer, with this cover exploring the original’s dance-friendly sensibilities. The synth line is good, but I do feel that it rushes through the song, not savoring the parts enough.

This is a proper Heavy Metal cover. Overall, the result is as epic and as much of a banger as you might expect from the most Nordic middle age metalhead man imaginable. I’m not that big of a fan of the guitars, they are too Trash (as in the subgenre) for a song that is better suited for Classic or simple Heavy Metal, but overall, assignment understood.

Absolutely loved this one. Loungy but angsty, with a delicious guitar track that manages to give this Very British Song an almost Californian vibe. On top of that, they come up with a whole new instrumental outro.

One of my favorites in the gloomy tradition of covering this song. I’m a sucker for the minimalist, hazy and very late 2010s wave of synth-pop (even though this is cut from their 2007s LP Night Drive). Ruth Radelet’s voice has that disaffected quality proper of people who care too much, but are just tired. Again, this is as Millennial a take on “Running…” as it gets.

This is quickly becoming one of the most popular covers of “Running…” out there. I love the mood, the almost contained anger with which Meg sings it, and a great balance between her own sound and the original’s. It loses a little bit of the tenderness of Kate’s, but this is a labor of love through and through, released as a non-album single and, for some reason, performing it live on Kimmel. That’s devotion my friends.

Sometimes, all you need to do a standout cover is have a standout voice. Nolwenn Leroy is one of the most popular singers in the Francophonie, and though she came from France’s equivalent of American Idol, she is clearly aligned with Celtic folk and art-pop. She makes the song her own while accompanying it with exactly the right kind of Hard Rock guitar track.

Yep, the Jeff Buckley to Leonard Cohen, this is the Gold Standard in covers. Not just for this song, but for covers in general. Or at the very least, for low-tempo, moody covers. In fact, I’m sure they came with a concept that would, several years later, be bastardized by a litany of movie trailers. But what most dark and gloomy covers forget is that there needs to be an intention to justify why you’re slowing down an up-tempo song. As paradoxical as it might sound, the arrangement might be moody, but there still needs to be an emotion underneath. Brian Molko infuses the song with a mixture of longing, frustration, and sadness, making it just as inspirational as Kate Bush’s original. Fun fact, this is how I actually heard the song for the first time, it was used to close an episode of Bones. That’s for all of the purists complaining that kids discovering Kate Bush through Stranger Things is “not the proper way.” Please.