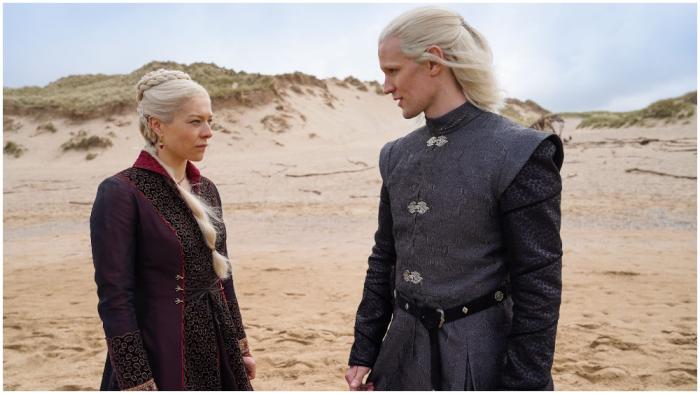 HBO Releases Its 'House of the Dragon,' Trailer; Is There Still an Appetite for It?

Before Game of Thrones — the last monoculture hit before the streaming era — ended with a resounding thud, HBO put into motion as many as five Game of Thrones spin-offs. Four of those spin-offs were eventually canceled for various reasons, perhaps chief among them the backlash to the ending of the George R.R. Martin series.

It’s been nearly two-and-a-half years since the Game of Thrones finale aired, and House of the Dragon has been in the works for around two years now. It undoubtedly features an impressive cast — Paddy Considine, Matt Smith, Sonoya Mizuno, Steve Toussaint, Rhys Ifans, and Olivia Cooke — and the source material is obviously popular (it’s based on Martin’s Fire and Blood, centering on the Targaryen family and is set two hundred years before the events that take place in Game of Thrones).

The question is whether viewers will come back after being so badly burned by Game of Thrones (and by the way, Martin still hasn’t finished the next book in that series)? At least Benioff and Weiss aren’t involved — House of the Dragon instead comes from Ryan J. Condal, the screenwriter of Rampage, Hercules, and a USA Network series that ran for three seasons called Colony, of which I have very little memory.

The series will undoubtedly attract a lot of interest, but it better have a great pilot because I suspect most viewers will be giving it a short leash. Here’s the trailer, which features some actual footage for the series, and I will concede that it’s fun to see Matt Smith as a Targaryen.

House of the Dragon will premiere next year on HBO.