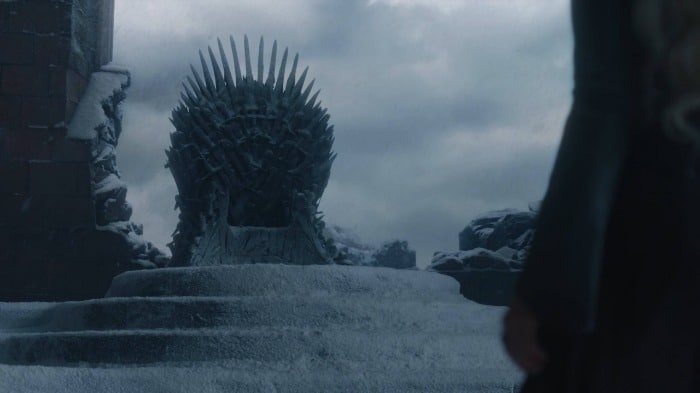 HBO is Really Hoping You Still Care About 'Game of Thrones'

It was announced this week that HBO has a version of “Tales of Dunk and Egg” in early development. These tales were written as a series of novellas and are set about 90 years prior to the events of A Game of Thrones, the first book in the “A Song of Ice and Fire” series and the starting point for the television show. For those not familiar with the source material, they flesh out some of the noble families of Westeros in the pre-Robert’s Rebellion times, and you get to know Aegon V Targaryen, who is the younger brother of Maester Aemon from Game of Thrones and the grandfather of King Aerys, Daenerys’s father. There are also rumors that another series taking place in the midst of Robert’s Rebellion is also on the way. These stories are big favorites of a lot of people who enjoy Game of Thrones and have the potential to work very well for a television adaptation. As someone who spent YEARS writing about Game of Thrones, attending conventions built around it, and making costumes related to it, I desperately wish I could be excited about this. I am not.

The main series of Game of Thrones ended a little over a year and a half ago to much frustration and even anger. By the time the last episode aired on May 19th, 2019, I wasn’t angry anymore. My dread had been slowly building since somewhere in the fifth season, and while there were still high points after that (particularly the season six finale with the explosion of the Great Sept) the last two seasons were difficult to get through. I expressed a lot of my frustrations in my recaps of the last season, but the loss of actual story-telling was the most frustrating part of this. It was hardly the ONLY frustrating part, as we watched the show positively revel in sexual violence and the use of naked and silent women as set-dressing, but we were still there for the stories and the characters. By the end, there were no more stories or character moments. Only events. I think that’s why I can’t get excited about any of the new shows HBO is planning; I don’t trust them to tell the stories.

I almost wrote something about the House of the Dragon series a while ago, a fun piece about how they need to let the Targaryens be as incesty as they actually were (spoiler alert: that is REAL incesty, and not only the evil ones; a whole bunch of them were like that even to the point of defying their non-incest betrothals to get some of that sweet sibling loving. It’s just how they roll. Targs are messy as hell) but as I sat down to write it, I realized that I just wasn’t enthusiastic about the prospect of seeing those crazy, dragon-riding, sister-marrying bastards on my screen. Which sucks, because I loved the dragons! More dragons? I should be all about that! But the incredibly cynical handling of the ending of Game of Thrones seems to have genuinely poisoned the well for me in some way.

There are reasons to be excited for both of these shows; they’re both based on more complete source material rather than a book series that was unfinished when Game of Thrones started in April 2011 and is still unfinished as of today, Benioff and Weiss are nowhere near either of them, the backlash against the last seasons was SO strong that there HAD to be some lessons learned there, right? But I still find myself struggling to even care about them, much less get excited. It’s hard to remember just a few years ago I was playing the scene of Daenerys freeing the slaves in Astapor over and over again to memorize her speech in Valyrian for Halloween. In 2017 I celebrated my birthday by going to a pop-up bar with a Game of Thrones theme that I had to wait OVER AN HOUR in line for in the middle of the day on a Sunday. In 2013 I traveled to New York to visit an exhibition of the costumes and props from the show for which I ALSO had to wait hours in line and got a picture of myself on the Iron Throne. I was a huge fan of this show! I wrote thousands of words about it for this very website! Here I am today, looking at two high-profile productions set in that same world, telling stories that I would previously say were near the top of my list of what I want to see (still waiting for Nymeria’s journey) at a time when we are starved for new content and I feel … nothing.

Any other Game of Thrones former fans out there having similar troubles? I know why HBO wants to bet on this franchise. It’s been the most successful thing they’ve done in the past decade. But can that lightning be captured again? Is the fandom ready to give it another chance? Has the media landscape changed so much that we won’t get a massive blockbuster series like that again? Will we ever read The Winds of Winter? Who knows?

← He Was a Petty B Until The Final Minutes | Review: 'PG: Psycho Goreman' Imagines: What If 'E.T.' But Batsh*t Insane? →