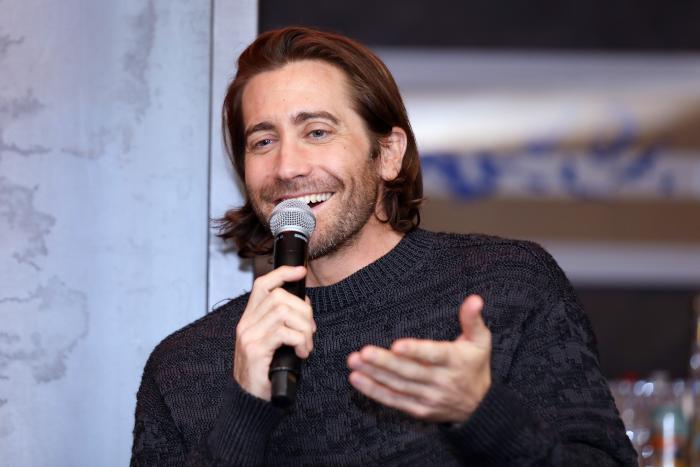 In September, Jake Gyllenhaal hinted that he was working with esteemed director Denis Villeneuve on another project. Of course, he didn’t reveal what that was at the time (spoilers and all that). That project turned out to be HBO’s limited series The Son, which is based on the novel by Norwegian author Jo Nesbø. The Son marks the third time the pair will work together following Enemy and Prisoners.

I get very excited every time Gyllenhaal nabs a role in a Villeneuve project because it means that we’re going to get a creepy, slightly unnerving performance from the actor and we all know that he can sell it no matter what the hell it turns out to be. As for The Son, the novel follows Sonny Lofthus, a drug addict convicted of crimes he did not actually commit. The series will reportedly be a tale of vengeance and corruption in Oslo (Norway’s capital city). Isn’t it always interesting when an American plays a European?

Anyway, Westworld’s creators Jonathan Nolan and Lisa Joy will produce the series under their production company, with Lenore Zion (Ray Donovan) writing, producing, and showrunning The Son. Naturally, Villeneuve will direct (if that wasn’t already obvious) and produce alongside Gyllenhaal.

How did this come about? Gyllenhaal apparently read the book first on a recommendation before passing it along to Villeneuve and thus, The Son adaptation was born. Will this series earn Gyllenhaal his first Emmy nomination? I’m willing to bet the little money I have on yes, but we’ll see.

Until we get a premiere date, trailer, and first images of Gyllenhaal’s swoon-worthy eyes, please go watch him in Enemy and Prisoners if you’ve not already done so. Seriously, you will not regret it.

← 5 Shows After Dark: 'America's Book of Secrets' on History First Season Finale, 'The Bachelorette' on ABC | Behold The Apple Pie That Has Driven Twitter Mad →