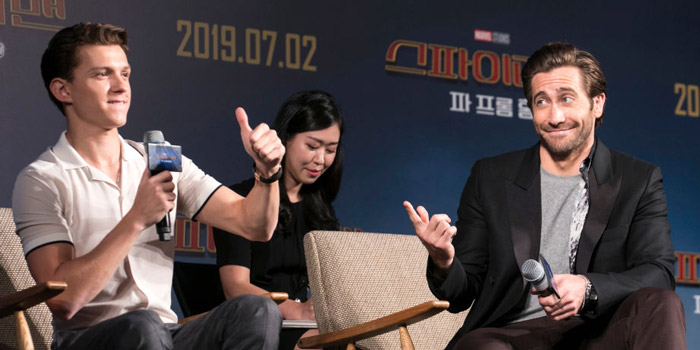 Since co-starring in Spider-Man: Far From Home, Tom Holland and Jake Gyllenhaal have been flaunting a bromance that’s often bordered on queerbaiting. Their chemistry is undeniable and vaguely flirtatious. One posts a topless shot with some heavy breathing, then dares the other to do the same. This is good news for fans (shipping or not) because it means thirst traps times two!

Neither is openly pan, bi, or gay. Yet they know the fans love this back-and-forth, which is why they teases us with posts like these:

Caption this. The winner gets a weekend away with @jakegyllenhaal

This past weekend, Gyllenhaal’s Instagram story featured a text message exchange between himself and Holland. It’s strange and yet revealing. 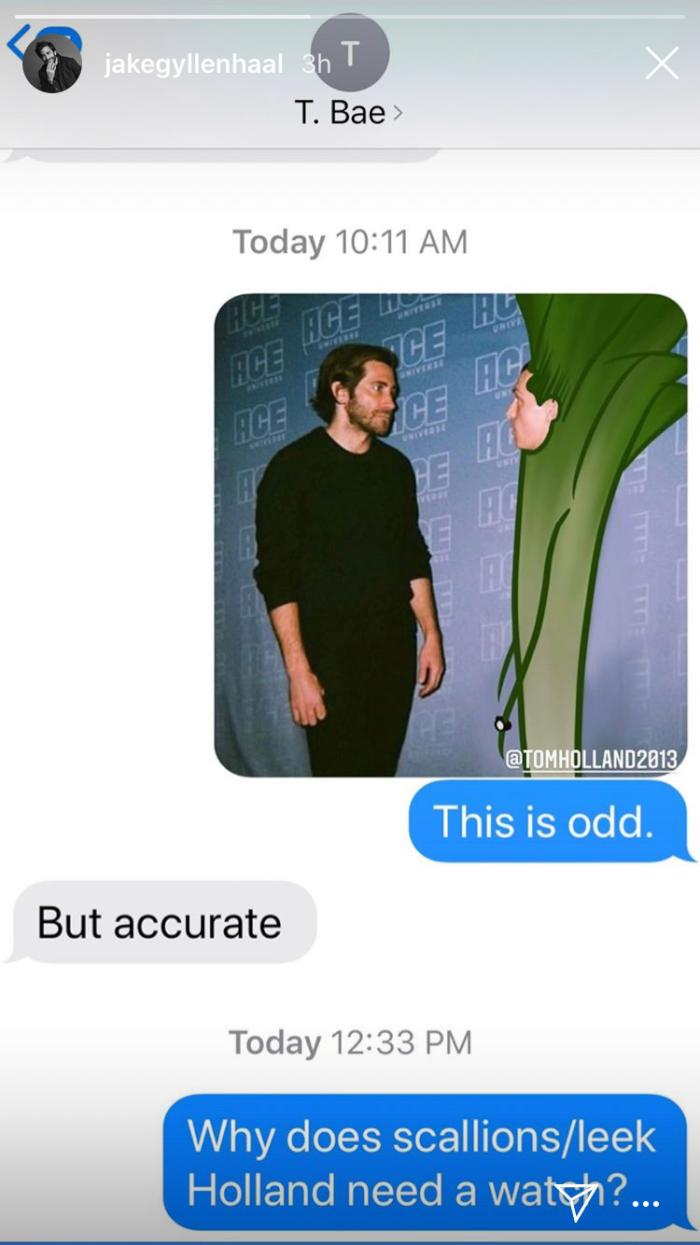 The above image is a photoshop of the couple’s pic that Holland posted (see above) five weeks back. Someone has turned the Spider-Man star into a leek. Why? Your guess is as good as ours. Gyllenhaal has questions too, inquiring why veg Holland needs a watch. But the big reveal here is not that these two text. It’s not that they share strange fan art like sweet nothings. It’s how Gyllenhaal has Holland listed in his phone. He is T.Bae