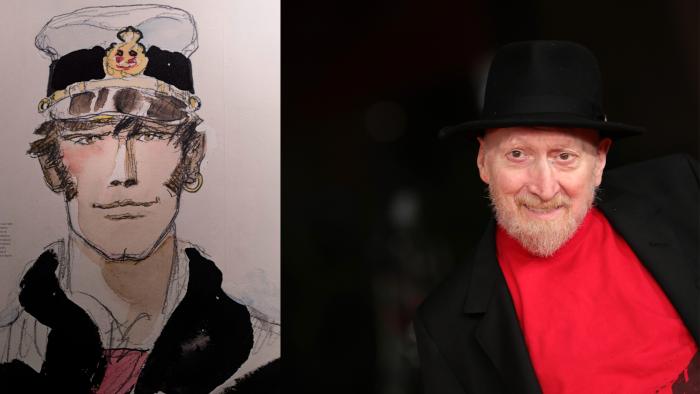 Yesterday it was announced that Frank Miller will be the lead producer and writer of a TV adaption of Corto Maltese, the landmark European Comic Book series, written and illustrated by the late Hugo Pratt, who’s basically the Cervantes of Comics. The series will be backed by Studiocanal and Canal+ and will consist of a six-episode season, with EP roles falling on Jemma Rodgers and Silenn Thomas (CEO of Frank Miller Ink.).

The announcement on Deadline makes extensive mention of the mutual admiration Pratt and Miller had for each other, with the former becoming one of the latter’s biggest influences (as seen in the name of a certain fictitious island). Being purely objective, I have to acknowledge that Frank Miller is undeniably a true heir to Hugo Pratt’s artistic legacy, and one of the few within the Anglo Comic Book industry. Miller’s popularity has been crucial in disseminating the work of Pratt in the Anglo Comic Book world, which is at times very insular.

I should also mention that Frank Miller is a complicated figure, complicated in that he recanted and expressed regrets about that period in the early 2010s where it seemed that he had pivoted to the far-right, publishing Holy Terror, an Islamophobic bootleg version of Batman, accompanied by Ayn Randian screeds against Occupy Wall Street. He has claimed to be in a better place now, and has insisted on his East-Coast, liberal-libertarian credentials. And yet, that period of his life made us realize that the nihilism of his work leans too close to fascism for comfort. That makes me uneasy about what the end result will be.

For an introduction of what Corto Maltese (the Comic Book series) is about and who Corto Maltese (the character) is, here is a self-referential plug from last year, and if you go by the title of that article, you’d think I’d be happy about seeing the first live-action adaptation of one of the greatest literary works of the previous century. Corto Maltese is more than just the ultimate achievement of the Heroic Journey monomyth; in fact, I’d disagree in saying that Corto Maltese is the ultimate deconstruction of the Hero’s Journey in the wake of the 20th Century. This is a series that retools all the classic components of the adventure genre and the entire first quarter of the 20th Century from the hindsight of its second half, from the spirit of a world in the process of questioning its foundations (of sexism, colonialism, ethnocentrism, Eurocentrism, masculinity, etc.), but narrated by an author who was still a romantic at heart, like Hugo Pratt.

Corto Maltese is many things at once and is full of conscious paradoxes, just like its namesake lead character (who is sometimes almost absent from some of the stories): It is anti-colonialist at its core, populated by three-dimensional Black, Indigenous or MENA characters, but it’s still the story of an uprooted European man. It’s full of classic femme-fatale archetypes, but they always end up calling out the lead character’s cynicism. It’s a story about a Communist with a poet’s heart, who works basically as a pirate, smuggler and treasure hunter. Magical Realism and alternative realities are omnipresent, but every historical moment portrayed in the series is depicted with painstaking accuracy. And above all, it’s subtle.

Does that sound to you like something you associate with Frank Miller, for better or for worse?

I really want to give him the benefit of the doubt. I still feel he is too … American to bring this story to fruition. I want to believe he is fulfilling a lifelong dream because if I were in his position, I would also be trying to adapt this series. At the very least, he needs to get himself a diverse team of co-writers and proper auteur directors. You cannot make Corto Maltese with directors that are just efficient. The series format is perfect to adapt the series, as most of it is made up of short stories collected by a given region Corto is traversing. Studiocanal should pony up the cash for something as grand as a Game of Thrones.

Whatever happens, I still prefer Frank Miller taking over this project than another attempt previously in pre-production to be helmed by a mediocre French director and starring Milla Jojovich.

Alberto Cox reminds you that Corto Maltese is now available in English through Euro Comics, an imprint of Library of American Comics.


← Peacock's 'Bumper in Berlin' Is Much Better than Expected | Are Viewers Over the Vampire Genre? →