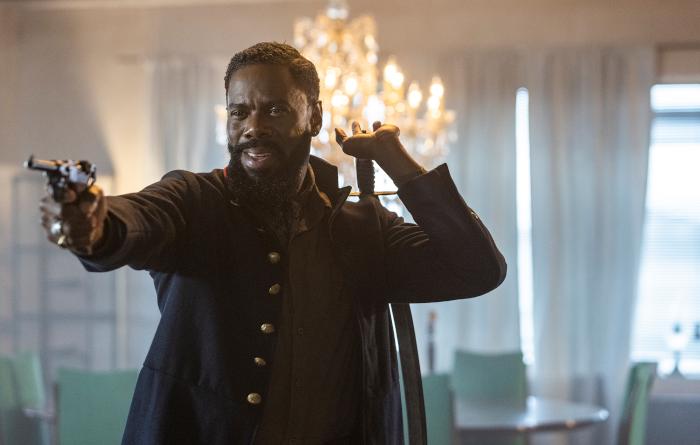 For Their Next Big Bad, 'Fear the Walking Dead' Promotes from Within

For the unfamiliar, the original showrunner of Fear the Walking Dead, Dave Erickson, mapped out a seven-season run that would culminate with Kim Dickens’ Madison, the main protagonist, becoming the seventh season’s main antagonist. Dickens, however, was killed off midway through the fourth season once new showrunners Andrew Chambliss and Ian Goldberg came aboard.

It appears, however, that Chambliss and Golberg are sticking with a variation of the same theme, transforming Victor Strand — played by the brilliant Colman Domingo — into the main villain. Strand is one of only two (and a half) holdovers from the opening season of the series, along with Alycia Debnam-Carey’s Alicia Clark and Ruben Blades’ Daniel Salazar (Salazar has been “killed off” twice, but has managed to survive both times and return after a long hiatus in each instance). This idea is not completely new to The Walking Dead universe — a couple of characters, most notably Shane, have broken bad — but this is the first time that a protagonist has been positioned to become the season-long Big Bad.

It makes sense of Colman Domingo, who — with due respect — is better than Fear deserves, and after seven seasons, he deserves to be killed off in dramatic fashion (whether Fear returns for an eighth season or not). As I’ve written before, whatever AMC is paying Domingo, they should double it (they have done him one better, giving him a development deal).

Fear opens the seventh season by continuing a tradition they established last season, telling smaller, stand-alone stories with fewer characters. The season picks up after a time jump of probably a couple of years since a nuclear bomb detonated in the sixth-season finale. For reasons that elude me, instead of moving away to another state, the survivors decide to stick around and deal with the nuclear fallout. A new character, Will (Gus Halper) is our entry point into this new world. He lives in a van covered by aluminum foil. He travels the wasteland wearing a gas mask, searching for food and water untainted by radiation while dodging zombies, particularly the ones who died in the nuclear blast because killing them could result in radiation poisoning.

Will’s search comes up empty before he finally resigns himself to eating roadkill. Exasperated, he’s ready to give himself over to the zombies before an unfamiliar group rescues him only to abduct and bring him back to a secretive compound where he’s scrubbed and introduced to the caretaker: Victor Strand.

Strand has done well since the nuclear blast, securing a large facility and collecting a number of followers, who retrieve all the supplies he could need. He’s formed his own community and has become something akin to a Governor-like character. He’s dressed for the part, too.

After giving Will a tour of the place, Strand decides that Will is of no use to his community and is about to throw him back out into a barren world when Will presents him with a medallion that Strand once gave to Alicia. Strand convinces Will to take him to where he found the medallion in exchange for a place in the community. Will agrees. During the excursion, they’re ambushed by an unknown group whose only defining characteristic, so far, is that they strip the skin off of walkers. Will and Strand escape (although Strand’s guards are killed in the melee), and after Strand tries (and fails) to kill Will a couple of times, Will reveals that he knows Alicia. In fact, Will is in love with Alicia, but was booted from her community reasons that aren’t entirely clear.

Will agrees to take Strand back to Alicia’s community only to discover that it’s been abandoned and that many of Alicia’s people have been killed. Will and Strand begrudgingly bond over their shared love for Alicia. Will is in love with Alicia, while Strand has always had a lot of affection for her. He concedes that he built his community in order to earn her respect, although it’s unclear why either revere her so much. She’s a good character but has never displayed that much leadership ability (she’s always lived in the shadow of either her mother or Morgan Jones). Apparently, she leads her own community now and presumably has her own philosophy and a cult that follows her.

After fighting off some more zombies — and after Strand saves Will’s life — they return to Strand’s compound, where he uses a fog light to attract hundreds of walkers to form something akin to a zombie moat around his facility. Strand tells Will that he’s had a change of heart. He doesn’t want to find Alicia anymore. He has everything he needs where he is. The moat, likewise, is to keep Alicia away. He’s better off by himself, Strand reasons, and as if to drive the point home — and establish himself as the season’s villain — Strand pushes Will off the roof and into the pit of zombies.

It’s official: Victor Strand, always the wiliest, backstabbing character on Fear, has broken bad, which is no surprise to anyone who remembers that he allied with Virginia, last season’s big bad, and tried to kill Morgan.

Next week, we catch up with Morgan, Grace, and their … zombie baby?

← It's Time To Raise The Curtains On 'The Muppets Haunted Mansion Special' | Review: Netflix's 'Oats Studios' Is Bleak, but Is It Scary? →