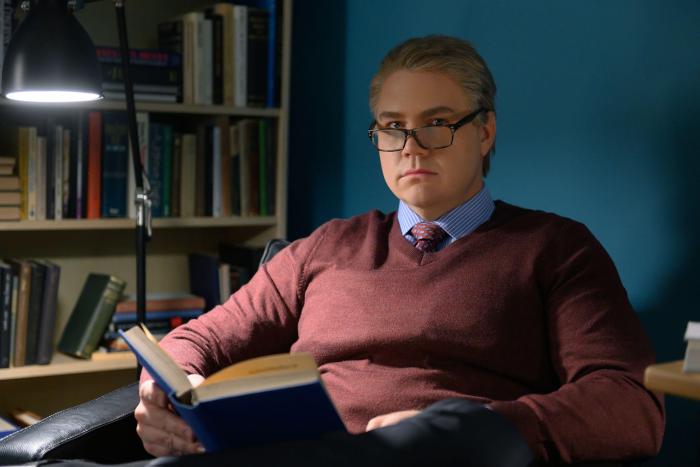 Ailes tells Luhn afterward that she can quit, but only if she finds a replacement. It’s clear that by “replacement,” Ailes means not just someone to fill her position at Fox News, but someone who can also provide for Ailes sexually. Luhn reluctantly agrees and finds an attractive young woman to take over. The disgust, the guilt, and the self-hatred take their toll, however, and Luhn has a mental breakdown. Ailes — via Bill Shine — basically kidnaps her, locks her in a hotel, and takes away her ability to communicate with the outside world.

All of this is essentially documented in a New York Magazine interview with Luhn, where she details all of the allegations. The years don’t align perfectly with The Loudest Voice, but the details do. This passage, for instance, took place in 2007, but mirrors what happened in this week’s episode:

Meanwhile, Luhn’s emotional condition worsened. In the winter of 2007, Ailes removed her from the booking department and moved her to event planning, in what was essentially a no-show job. A high-ranking Fox source close to Ailes confirmed that Ailes promoted Luhn into “fake jobs” to keep her “in the tent.”

This job change devastated her, Luhn said. A few days after Ailes gave her the news, she had a mental breakdown en route to a vacation in Mexico, hallucinating during a layover in Atlanta. She called Ailes, who told her not to go to Mexico, Luhn said; Bill Shine called her back and said they had arranged a flight to Houston and she should check into the Four Seasons Hotel there. (A Fox News spokesperson said Shine consulted a New York-based psychiatrist, who recommended that she go home to Texas.) After what she remembered as several days in Texas, Fox flew her back to New York. Shine’s deputy, Suzanne Scott, picked her up at the airport and drove her to the Warwick Hotel on Sixth Avenue, where Luhn recalled that Scott checked her in under Scott’s name. (Through a spokesperson, Scott denies this.) Luhn said she spent several days at the Warwick in a state of delirium.

When she returned to the office, Ailes told her to cut off contact with everyone in the Washington bureau and put her D.C. apartment on the market. A high-ranking Fox source confirmed that Fox moved Luhn to New York so Ailes could monitor her. Luhn remembers staying at the Warwick Hotel for six weeks. During this time, she said, Ailes told her he needed to approve all of her outgoing emails. “I’d show him all the emails I’m getting,” she recalled. For several weeks, he marked them up and would “dictate exactly” how to respond. “You don’t have friends,” she recalled Ailes telling her. “I’m your friend. I’ll protect you.” He told her to also forward her emails to Bill Shine for review, she said. “The second floor” — where top Fox executives work — “was in charge of my life. I wasn’t in charge,” she said. (Through a spokesperson, Shine denies this.)

— Meanwhile, back in Putnam County, the stooge that Roger and Beth Ailes hired to run their local newspaper begins taking his cues on how to run the paper from Ailes. Joe Lindsley — who ends up living in Ailes’ guest house — seems uncomfortable about it, but he also seeks the approval of Ailes. The newspaper, at his direction, ends up creating divisions in Putnam County over zoning restrictions.

Again, this will be documented in a book that Joe Lindsley is currently writing. Lindsley also speaks to the polarization model he implemented at the paper on Ailes’ advice:

Polarization is unhealthy. It’s tied to rage, as is hatred. It violates the discourse. When you have confidence and you know you might not have all the answers, you can have vigorous discussion. That’s what we need to renew. There were moments of that, but generally our governing ethos was to throw flames and to assume stupidity on the part of those who had aggrieved us. And that was worse than not helpful. It was bad. And that is the problem with Fox News. Whether they’d admit it, everyone follows the Fox model because it’s been so successful and that’s the great harm.

Lindsley does, however, suggest that there was “nastiness” in Putnam County even before he came into town, but that “we should have fought against that nastiness rather than becoming a part of it.”

We also know that Ailes had Lindsley followed around and spied on, which I suspect The Loudest Voice will take up in subsequent episodes (Beth Ailes sold the newspaper after Roger’s death).

— The zoning dispute between Ailes and Robert Shea was also real, right down to the speech that Ailes gives at a county board meeting. In fact, that zoning dispute and the Putnam County newspaper’s decision to side with Ailes eventually led to a competing more liberal news outlet in the county.

— It’s 2009, and Ailes is ramping up his war against Obama’s White House, insisting that Fox News counters the White House message. “Every time they say progressive, we say socialist. They say safety net, we say welfare cheat. They say healthcare, and we’re going to say f*cking death panels. Just push the message: Socialism, Muslim, un-American. Just keep hitting those things. Over and over.” Ailes also questions whether Obama is a U.S. citizen, and Bill Shine suggests that’s a message that Donald Trump has been running.

I don’t think we need to fact check that. The work on Fox News since 2009 is self-evident, and there’s plenty of clips from the real Fox News in the episode to document it.

— Not for nothing, but every week I have to look it up to remind myself who plays Beth Ailes, because Sienna Miller is unrecognizable here. 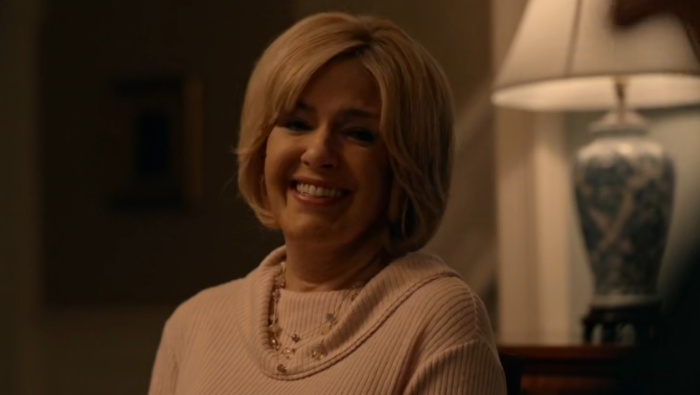 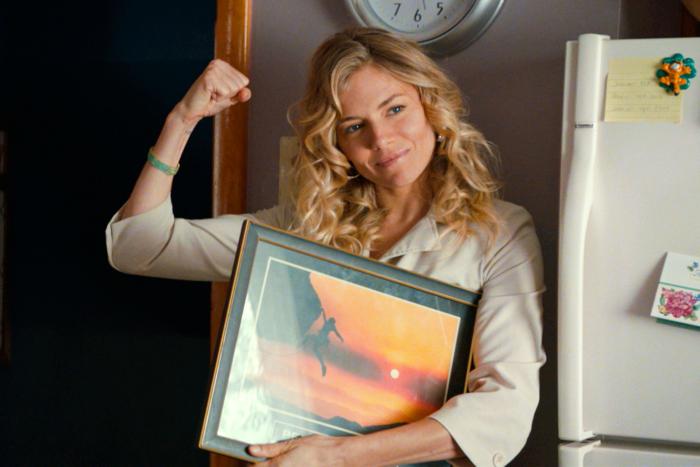 — One of the other storylines involves Glenn Beck, who in 2009 famously called President Obama a “racist” against white people on “Fox and Friends,” which is not a thing and also a common tactic taken by Trump and his supporters now. Fox News publicly reprimanded Beck, but in the TV series, Ailes privately egged him on.

That not only tracks but highlights the fact that Brian Kilmeade — who sat next to Beck during Fox and Friends — took no issue with Glenn Beck calling Obama a racist, but objects to anyone calling Trump a racist. From The Daily Beast:

Interestingly, while the Fox News personality feels it is derogatory and insulting to call the president racist for telling women of color to “go back” to where “they came” from, Kilmeade didn’t seem to have any issues when Glenn Beck said then-President Obama was a racist during a Fox & Friends appearance in 2009—an appearance that featured Kilmeade on the curvy couch.

Though Ailes did privately encourage Beck’s attacks against Obama, a lot of advertisers abandoned Beck after those remarks, and two years later, Fox News canceled Beck’s show, not because of ratings, but because there weren’t enough advertisers to support his show anymore. It didn’t help that Beck sealed his fate in 2011 by amassing a rally at the Lincoln Memorial and having Martin Luther King Jr’s niece deliver a “conservative” “I Have a Dream” speech in the same spot that her uncle delivered his “I Have a Dream” speech. Apparently, that was over the line even for Ailes.

— Finally, the ACORN story is absolutely real, and as documented here, helped seed today’s nightmare political environment. Basically, Fox News created a fake controversy surrounding ACORN — a liberal voter registration and community organizing outfit — using heavily edited videos from James O’Keefe (who is known for distorting video footage). Fox News ran with it, tied it to Obama, other outlets picked it up, and even though it was a fake story, the NYTimes felt compelled to cover it, which legitimized the fake story, and the House eventually voted to defund ACORN. Again, using a completely made-up story using doctored footage. From the NYTimes:

Conservatives believe that they have hit upon a winning formula for such attacks: mobilizing people to dig up dirt, trumpeting it on talk radio and television, prompting Congress to weigh in and demanding action from the Obama administration.

In response to the Acorn videos, an instant hit on YouTube, the Senate voted 83 to 7 on Monday to prohibit the Department of Housing and Urban Development from giving federal housing money to the organization. The bill’s advocates said the group had received $53 million in such financing since 1994.

← Reddit Asks the Question: 'What Did a Fictional Character Say That Stuck With You?' | 'Veronica Mars' Spoiler-Free Review: Season Four Does Their Star Dirty →