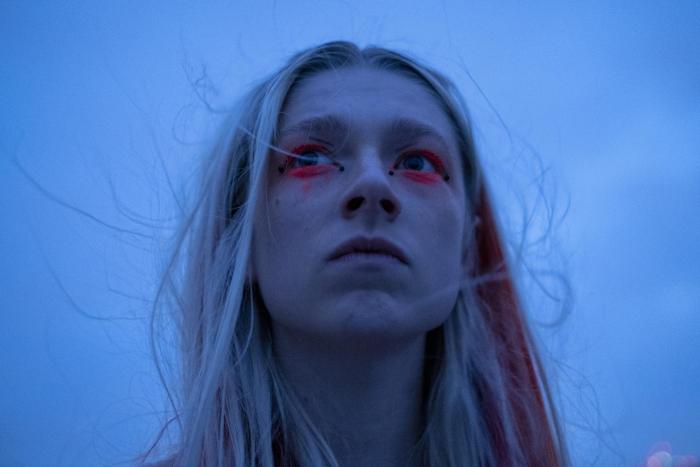 “I’m Morgan F—-ing Freeman and this is the beginning of the third act,” Rue says in one of her manic states, early on in the season’s penultimate episode of Euphoria. Rue is investigating how Nate Jacobson managed to pin his abuse of Maddy on the 22-year-old Tyler. Rue figures correctly that Nate was Jules’ sext buddy, and also that Nate blackmailed Tyler into confessing because assault “is a lesser crime than statutory rape.” Rue is wrong about one thing, kind of. Jules didn’t testify against Tyler because she’s in love with Nate — although, she is obsessed with a version of Nate in her mind — but because Nate also blackmailed her into testifying against Tyler with photographs from Nate and Jules’ sext exchanges.

Jules has almost broken the case open, but her manic states keep getting interrupted by her depressive states (she’s bipolar, although this is the first time that’s been mentioned since the opening episode). Her depression is so severe that she not only spends 22 consecutive hours watching Love Island but cannot even bring herself to get out of bed to pee before getting a UTI. The last time she got out of bed to pee, she said something not so nice to her mom’s new boyfriend (Nat Faxon), namely, “I’m sorry I told you to ‘go fuck yourself,’ because what I meant to say is ‘My mom can do better and I hate seeing you sit at the chair my Dad sat at.’”

Meanwhile, in another manic state, she asks her former drug dealer, Fez, to threaten Nate with his gun. Fez doesn’t think it’s a great idea, but later tells Nate to lay off Rue and her friends anyway, “Or I’ll kill you.” Nate, being the bully that he is, doesn’t back down. Instead, he calls the cops on Fez, who has to ditch his entire drug supply to avoid arrest. That’s bad news because Fez’s supplier had just forced a huge stash on Fez, which is going to not only put Fez in the hole with his drug supplier but may endanger his life. If Fez dies, we riot. He may be a drug dealer, but he’s also the kindest character on the series.

The focus character this week is Cassie, who — like every other character on this series — has a terrible backstory. Her parents divorced because her mom cheated on her dad; her dad got into a drunken car accident, which led to an extended hospital stay and an eventual drug addiction, which in turn led to him stealing the nice dishes from the garage before disappearing forever. As a result, Cassie is f**ked up, falls in love with every boy she meets, and allows them to film sex tapes with her that those boyfriends invariably release on social media. Now she’s pregnant with McKay’s baby, and McKay wants her to have an abortion, which a tearful Cassie agrees to do with the help of her mom after daydreaming what it might be like to have a baby with McKay.

Elsewhere, Jules goes back to her hometown to get some space and ends up doing a lot of drugs and having sex with a woman while hallucinating that she is alternatively f**king Rue and Nate. There’s a lot of strobe effects, hence the warning at the beginning of the episode. There was actually some really cool editing in this episode, and while I don’t typically notice these sorts of things, creator/director Sam Levinson featured a few noteworthy camera shots during the Jules’ sequence. Depicting Rue as a gumshoe detective during her manic states was also a strong choice.

Finally, Kat’s up-and-down trajectory continues. It was a down week, as after having sex with Daniel — the guy who verbally abused Cassie — at the Halloween party last week, Kat says to him, “I always thought I would lose my virginity to you.” Daniel says, “Did we know each other?” Kat tells him that they dated for five months. Daniel says that he has no memory of that.

The scene depicts Daniel as the asshole he is, but I think its real purpose is to illustrate to Kat just how much she’s changed, which is why I think she takes it so personally when Maddy calls her out, telling her “that I miss the old Kat.” Kat goes home crying and ultimately strips naked during a creepy cam session before shutting it down. I’m not entirely sure, but I think that Maddy’s horribleness notwithstanding, Kat is starting to miss her old self, too. She may be rethinking this whole identity change because she’s lost touch with who she really is underneath the goth make-up and the sexual bluster, which is a cool, funny, smart sarcastic lady.