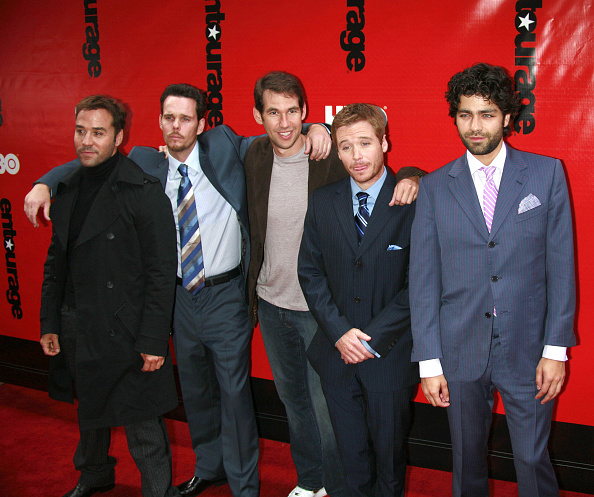 I’d like to say that Doug Ellin is not a name that we’ve heard in a while, but that’s not exactly true. Earlier this year, Ellin gave an interview where he said that he resented “PC Culture” because it had contributed to the backlash against his show Entourage, a series that literally had a character based on Harvey Weinstein and featured at least two actors who have had serious sexual misconduct allegations lodged against them. In 2015, Ellin released the Entourage movie on the cusp of the #MeToo movement, it bombed (because it was bad), and other than a lot of sour grapes, Ellin has otherwise faded from view. However, in another interview earlier this year, he blamed Mark Wahlberg for not making a call to get Entourage rebooted (a rare good thing that Wahlberg has done in his career).

As a lot of men who have faded from view in the post #MeToo world have done, Doug Ellin has launched a podcast (see also Jeremy Piven, who actually had Doug Ellin on his podcast earlier this week). On a forthcoming episode of Ellin’s podcast, Hollywood Wayz (via Radar), Ellin’s latest quibble is with the creators of Showtime’s Billions, who he claims stole his idea for the show and cut him out.

Ellin claims that after Entourage, he put together a series about hedge fund managers with two people whom he only identifies as the guys behind Rounders (Brian Koppelman and David Levin, two of the three co-creators of Billions). Ellin says that after buying the pitch, HBO ultimately passed on the series. Two years later, however, Ellin met Andrew Ross Sorkin — the third creator of Billions — who said he wanted to do a show set in the world of hedge funds. Ellin claims he introduced Andrew Ross Sorkin to Levien and Koppelman and suggested they work on a show together.

Ellin claims, the trio — once together — blew him off and he “never heard about it again” until a year later when he appeared on one of the writers’ podcasts and asked him what he was working on. The writer said that he was “doing a show set in the hedge fund world called Billions.”

“Now, I want everyone to be clear on this. I want nothing about this. I haven’t seen the show — maybe it’s great. I thought those guys were talented so it wouldn’t surprise me,” Ellin said on his podcast in response to this revelation. “But this was like kind of as low rent, lowlife s—t as can possibly be done … I want nothing out of this. I want the universe to take care of itself and burn them in f—-ing hell.”

Honestly, this sounds exactly like a storyline from Billions, which is to say: If you’re an unsavory character with some real baggage working with other people writing a show about unsavory characters, I wouldn’t be too surprised if something unsavory happens.


← Dog the Bounty Hunter's Daughter Calls Out His Brian Laundrie Stunt | 'Resident Evil: Welcome to Racoon City' Takes Us Back to the Beginning →