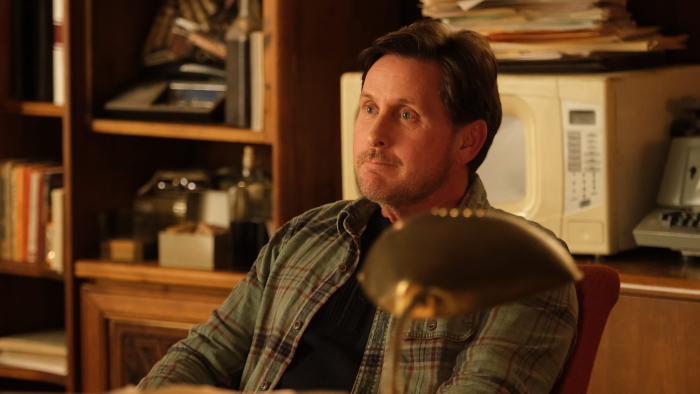 Emilio Estevez Speaks Out After Being Fired from 'The Mighty Ducks: Game Changers'

I would love nothing more than to give Emilio Estevez the benefit of the doubt, if only out of respect for Martin Sheen and The Breakfast Club, even if Charlie is three winds to the sh*t. But I was more than a little bummed to hear from Disney last week that Estevez had allegedly been fired from the second season of The Mighty Ducks: Game Changers for refusing to abide by the vaccine mandate.

Estevez has now spoken out, releasing a long statement that begins, “I am not anti-vaxx. Full stop.” He also details his own experience with long COVID, how vigilant he had been on the set when it comes to COVID protocols during the first season, and insisted this was “nothing more than a good old fashioned contract dispute and not, as some would believe an anti-vaccine position.”

He ended the statement by adding that “The quoted ‘anonymous sources,’ producers and show runners all know the truth. Simply put, I am anti-bully. My exit from the show was due to a myriad of creative differences - any other narrative is false.”

Here’s what he did not say, and what might have put this whole thing to bed: “I am vaccinated.” He did say that he had a terrible experience with COVID, which one might think would make him more inclined to get vaccinated, but he did not indicate that he was vaccinated. When one says I’m not anti-vax but I am “anti-bully,” it certainly gives one the impression that he didn’t want to be told what to do when it comes to getting vaccinated. That’s his right. But it’s also Disney’s right to fire him for not abiding by the rules of a private company.

Aaron Rodgers also insists he’s not anti-vax. But also, he’s not vaccinated. I’ll let you figure that one out.

Moreover, all due respect because I actually like The Mighty Ducks: Game Changers, but creative differences? Come on, now. This is not exactly a Paul Thomas Anderson project. It’s a kids’ show about kids playing hockey. For Estevez and bless her, Lauren Graham, it’s a paycheck role. What creative differences could possibly have existed on a series with stakes this low?


← Dean Stockwell Has Died at the Age of 85 | 'Animaniacs' Season 2 Is a Step Up, with Minor Exceptions →