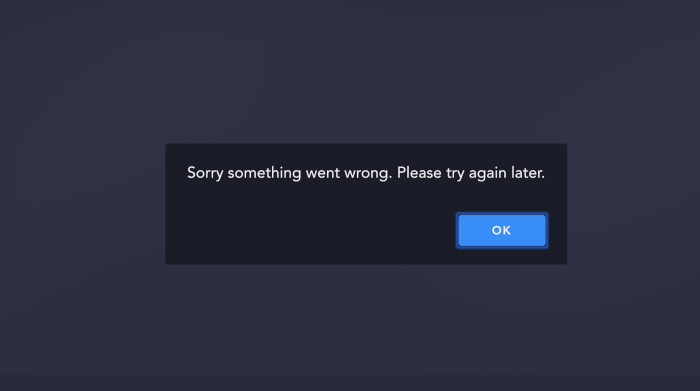 Disney+ Suffers Technical Glitches on Its Way To Total Inescapability

I did not grow up on Disney, I tilt slightly toward the Scorsese side in the Scorcese/Marvel divide, and I don’t even have a particularly strong connection to Star Wars, so the launch of Disney+ would not otherwise be of huge interest to me were it not for the fact that I’m a parent. So, yes: After I showered, the first thing I did this morning was to download the Disney+ app onto our Amazon Firestick (two of the biggest and most evil corporations in the world negotiated a last-minute deal and now work in tandem!). My 12-year-old, who already reads too much Pajiba and has developed a very cynical, anti-capitalistic perspective, was mostly non-plussed, save for all The Simpsons episodes it provides, while the twins were less excited than I thought they’d be. They are excited that both Parent Trap movies are available, and the Pixar shorts, but I don’t think ultimately it’s going to interfere that much with their continuing plans to binge-watch The Goldbergs on Hulu, an ABC series owned by Disney, which they watch on Hulu, of which two-thirds is owned by Disney, because Disney is bloody inescapable. Hell, consider this: Fourteen wonderful, glorious seasons of It’s Always Sunny in Philadelphia is owned by Disney now.

It’s the world we live in. We don’t have to be happy about it, but it is our world. The least we can do is take some satisfaction in a few technical glitches that Disney suffers on its way to total world domination. I’d use The Simpsons Nelson Ha ha! GIF here, except that The Simpsons is owned by Disney, too.

Forget what you’re watching first on Disney +, what “Unable to Connect” character are you getting? pic.twitter.com/UdAvGY9P4h

If I were to summarize my afternoon in one image. #DisneyPlus #DisneyPlusfail pic.twitter.com/r8SoTocjFZ

sure, the servers are hanging by a thread of scotch tape, but I’m already quite enjoying Disney+ pic.twitter.com/qRj0pQrh7M

With #DisneyPlus, you too can stream all your favorite Disney titles, like “Content Not Available Right Now”, “Unable to Connect”, & “Please Try Again Later”

But don’t you worry, folks! It’ll all get sorted out eventually, and you’ll be able to enjoy hours, and hours, and hours of nostalgia, as you overdose on member berries for $6 a month (ha! South Park isn’t owned by Disney. Yet). It’s not all bad! There are several WTF obscure titles now available, and before I lost my connection, I saw thumbnails for Remember the Titans and The Rocketeer.