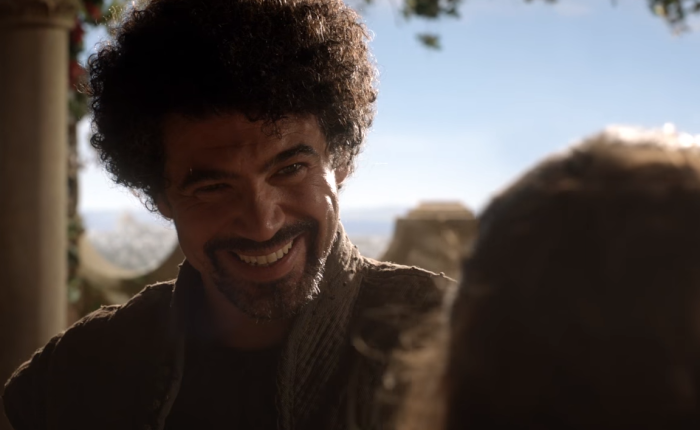 Honestly, one of the worst fu**ing things about the trail of faeces and apathy that was the sad and irrelevant ending stretch of Game Of Thrones is how much it tainted what came before. It’s actually kind of impressive. We should be congratulating that dunderheaded Goldman Sachs progeny and his mate for managing to invent time travel, as with their colossally vapid final moments running that show they managed to reach back in time and run their stupid sh*t-covered hands all over a decade of a once-beloved show, forever tainting many peoples’ perception of it and affecting their ability to enjoy it.

That’s certainly what happened with me anyway. I used to re-watch clips of GOT all the time, and felt one hell of a buzz. Gimme Dany torching that bitch who tried to trick her out of a dragon. Jaqen H’ghar bonding with Arya in Harrenhal. Literally anything that Tywin Lannister ever did. But now, even that’s difficult to do, with the knowledge of the noxious fart balloon floating off into space that it all ends up as. One of my—and everyone else’s—favourite characters was a really early one, and one that got out while the going was good: Syrio Forel, Arya’s dancing master/sword trainer from season one—played by Miltos Yerolemou with a sparkle in his eye and a disdain against those who would push those weaker than them around.

I saw that because it was retweeted by Ash Sarkar—who some of you may remember as the outspoken British leftist journalist who we have talked about before here as she put Piers Morgan in his rightful place. Ash retweeted it because, as you’ll see if you click through, Yerolemou was praising Ash herself, and she was—rightfully—freaking out about it.

Honestly reckon she’s the best thing to happen to the left since Owen Jones. Hope she does a book soon. @RhysHancock @GavJones87 @Rachel_Delahay https://t.co/hXUQdc3wxI

I don’t know about you, but that interaction made me quite happy.

Imagine my delight when I pulled further on the thread and discovered that Syrio bloody Forrel is a quite outspoken leftist on Twitter.

Because betrayal is hard to forgive. And because people want change. And hope dies last. I’m astonished that you are astonished https://t.co/0IQ4k7ZenM

And the BBC called it a ‘mistake’… https://t.co/OUB2Fz9uRF

No. You don’t mistakenly look for and find a clip of Johnson and edit it into your footage. Fucking ridiculous. https://t.co/SdZVF46niH

There is a ray of hope. Boris Johnson is beatable. #ChangePoliticsForGood https://t.co/zPmODxEcfx

Time to stand up and be counted https://t.co/Kwcg80Pnlb

Beating up protesters? I don’t care how angry you are. Pace yourself. Just wait till the #ClimateEmergency really inconveniences you… https://t.co/7ASloUasdE

If it wasn’t for @UKLabour there would be no NHS. @Conservatives have tolerated it because of political expediency. They don’t believe in it and never have. You are a liar. And you and have form https://t.co/SuXsMDQhQm

← Disney+ Suffers Technical Glitches on Its Way To Total Inescapability | After James Dean, CMG Worldwide Want To Resurrect ALL The Dead Celebrities →