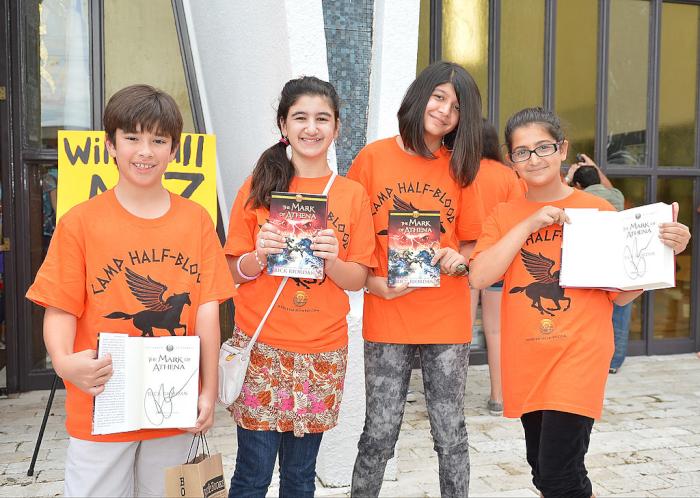 Disney+ Greenlights a Full Season of 'Percy Jackson and the Olympians'

Nine months after their search for a new Percy Jackson began, Disney+ has finally greenlit an entire first season of Percy Jackson and the Olympians. It’s exciting news for fans of YA and Greek mythology, and without any of the guilt that comes from new Harry Potter productions. Author Rick Riordan announced the project’s status over on Disney+’s Twitter account.

Everything here is good news. Riordan himself will write the pilot, along with Jon Steinberg from Black Sails and Jericho. Their first director, James Bobin, has exactly the pedigree one hopes for on a project like this. He previously created and wrote Flight of the Concords, and directed 2011’s The Muppets, 2014’s Muppets Most Wanted (eh), and the surprisingly great Dora and the Lost City of Gold. He also directed the excellent The Mysterious Benedict Society pilot.

Casting for the show continues. Logan Lerman and Alexandra Daddario, who played Percy Jackson and Annabeth Chase in the ill-fated Chris Columbus movie and its sequel, have long since aged out of the roles. I suspect that much like The Mysterious Benedict Society we’ll get mostly unknowns playing the children and various celebrities playing Camp Half-Blood’s staff and the many Greek Gods who appear over the course of the series. Season one will focus primarily on the first book in the series, Percy Jackson and the Lightning Thief. None of this mashing 3 separate books into one confusing, short-lived season like Amazon did to the Wheel of Time. The Lightning Thief is a rough first book — honestly, it mostly reads like a first draft. But it spawned 15 books all set in Greco-Roman mythology with an increasingly diverse cast, both in terms of ethnicity and LGBTQ characters. They’re great reads for kids and teens, and with any luck, we’ll see many of these stories on Disney+.