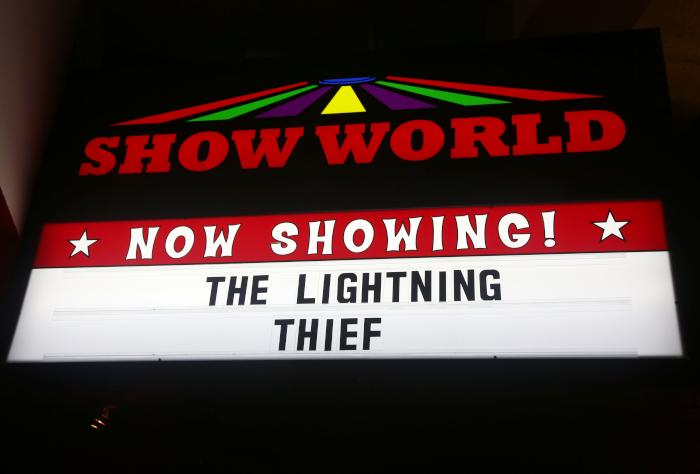 Eight years after the release of Harry Potter and the Sorcerer’s Stone, Rick Riordan came out with The Lightning Thief, the first of fifteen books detailing the lives of modern-day demigods, the offspring of Greco-Roman gods and their human lovers. The two series garnered a number of comparisons over the years, given their similarities (rough first novels, 2 male and 1 girl protagonists, etc). But where Rowling went full Dark Side, Riordan put his newfound popularity to good use. He introduced LGBTQ characters, brought in many more characters of color, gave his female characters integral roles, and even introduced some racial politics, particularly in his similar but separate Kane Chronicles where the descendants of Egyptian royalty battled Chaos itself (it makes more sense in context). Most importantly he started the Rick Riordan Presents imprint at Disney-Hyperion to highlight the work of authors of color sharing stories from their own mythologies.

Now Riordan has announced a preliminary casting call for the main protagonist of Percy Jackson & the Olympians. They’re looking for “a male who can play 12,” in the hopes they’ll age with the show. There are at least five books to cover, so it’s certainly possible, and the D+ original series are so far doing quite well. Their YA series Secrets of Sulphur Springs has already been picked up for a second season.

I have high hopes for the series. I’ve been a fan of Riordan’s since The Lightning Thief and I’ve passed that love along to my daughter, who worships the ground on which Annabeth Chase walks. We’ve listened to all the audiobooks together, she’s listened to them herself, and she’s read most of them in print as well. We’ve yet to see the play and the preexisting two Percy Jackson movies are … well cast, with little else positive to be said, but she loves them anyway. I’ve no doubt that when the series eventually drops we’ll end up on the couch together with her wearing an Annabeth-inspired braid, jeans, and her Camp Half-Blood t-shirt. Athena willing it’ll be worth the wait!

This is an open casting call, and anyone interested can apply here.

← Netflix's 'Shadow and Bone' Review: Was This The Book Adaptation That Launch'd a Thousand Ships? | Quiverfull Garbage Human Josh Duggar Has Been Arrested →