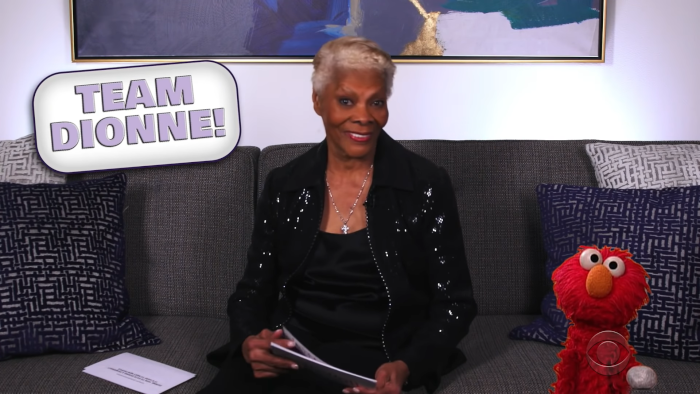 Dionne Warwick is a pop music legend. The soulful singer has been belting out hits since the 1960s and doesn’t look to be stopping anytime soon. Even with her illustrious singing career, Dionne has taken on a new role in recent years. That of Twitter sensation. She is known for being blunt and hilarious on the social media platform, generating a whole new audience of people who love her no-nonsense takes. Now she’s brought that energy to The Late Show!

Dionne stopped by for a segment called Precise Advice with Dionne Warwick, and it is exactly what it sounds like. She fields all manner of questions, from “How do you fix a broken heart?” To “Are you team Elmo or Team Rocco?” As ridiculous as it might seem to ask the singer of “I Say A Little Prayer” about drummed up social media beef, she relishes the opportunity. You’ll be hard-pressed to find someone as excited to do a questionnaire.

That brings me to one of the best aspects of Dionne Warwick’s new chapter. Far too often, celebrities hit a certain age, lose their filter, and it starts to feel kind of sad. You’re left with unhinged rants from someone who may not be of the mental capacity fit for public consumption. With Dionne, it is quite the opposite. She is frank and direct but it comes from, if anything, a place of mental stability and utter grace.

Dionne Warwick can stop by any talk show whenever she wants. I believe that’s the new rule.