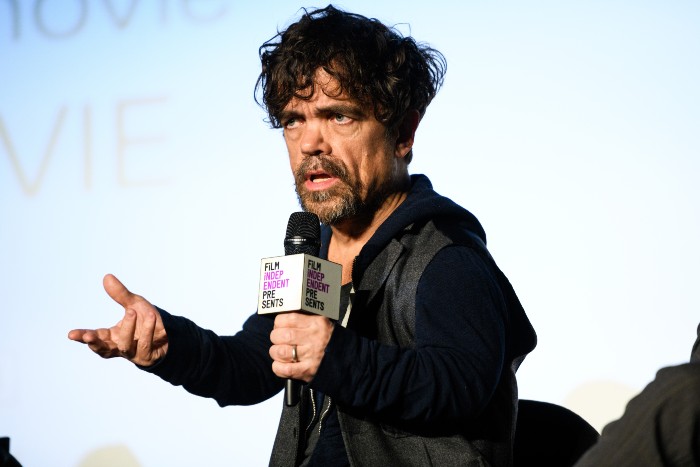 After Peter Dinklage made headlines with his criticism of the live-action remake of Snow White continuing to use the seven dwarfs storyline, Disney responded and said that it’s been consulting with the “dwarfism community” to avoid stereotypes. (THR)

Emilia Clarke and Samuel L. Jackson were spotted on the set of Marvel’s Secret Invasion, and don’t worry, there are no spoilers here. (Lainey Gossip)

Mila Kunis and Demi Moore made an AT&T ad together? OK… (Dlisted)

Pat Sajak has no idea who Benedict Cumberbatch is. (Celebitchy)

.@HBO announced today that the critically acclaimed comedy series #TheRighteousGemstones has been renewed for a third season: https://t.co/hFZ8z1Zbha pic.twitter.com/80Is4ZmKc5

Alex Jones is suddenly talking a whole lot of shit about how January was “stupid” and “dumb.” (Mediaite)

If you add “You dumb SOB” to these tweets they pack just a little more punch pic.twitter.com/vaMPQD9ICv

A troll bot is ruining Wordle by forcing players to see the next day’s answer. (Kotaku)

Not even Sam Raimi knows if Doctor Strange 2 is done filming yet. (Polygon)

New Cannonballer ifso found The Last House on Needless Street by Catriona Ward while looking for book suggestions on Reddit (r/horrorlit). She loved it. "I wish there were people in my life who would read and enjoy this book, because I would love to discuss it." What book are you itching to discuss? (Cannonball Read 14)

i joined tiktok just so i could make this pic.twitter.com/FB1lXoTLPM


← 5 Shows After Dark: 'Our Kind of People' First Season Finale Fox, 'This Is Us' on NBC | Dionne Warwick Drops By 'The Late Show' To Tell People About Themselves →