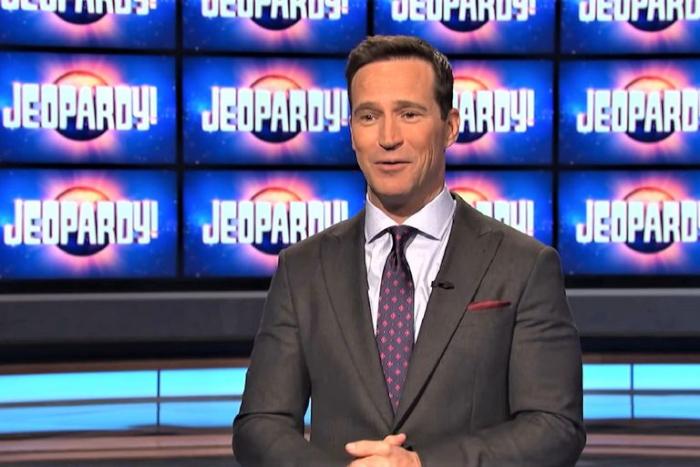 Here's the Answer to the Only Question You Had About Last Night's Return of 'Jeopardy'?

Did anyone acknowledge the elephant in the room during last night’s season premiere, namely that Richards’ stint would be a short one? No, they did not. However, before the episode began, they did spend 20 seconds acknowledging that the Jeopardy! stage had been renamed the Alex Trebek stage in a dedication attended by Trebek’s wife and children.

But that’s not what any of you wanted to know, is it? The question that you’re dying to know is whether Matt Amodio continued his 18-game winning streak. The quirky contestant who always answers in the form of “What?” had racked up nearly $575,000 during his 18 wins, good for third all-time, behind only Ken Jennings and James Holzhauer (both of whom have winnings totaling around $2.5 million, so Amodio still has a long way to go).

And the answer is: Yes. Amodio notched another victory, easily taking the game and adding another $67,800 to his total (the next closest had $8,900 after Final Jeopardy!). The question now is whether Amodio can continue his streak through Mike Richards’ week and stick around for a fifth host next week when Mayim Bialik takes over for three weeks before Jeopardy! sets another round of guest hosts.

If you ever have the opportunity to trade:

1. looking silly
for
2. slightly increasing your odds of succeeding

(even if you're not on #jeopardy) https://t.co/y6iuSv6cWy

No permanent host has yet been selected, but from the tea leaves I’m seeing online, fans at least seem to be converging around Buzzy Cohen after they reran his stint as host of “Tournament of Champions.” Before making any decisions, however, please check that man’s social media and podcast history, producers!


← Nicki Minaj Tweeted the Wildest Vaccine Disinfo Yet | Now That Christopher Nolan is Shopping For a New Studio, Let's Break Down their Odds. →