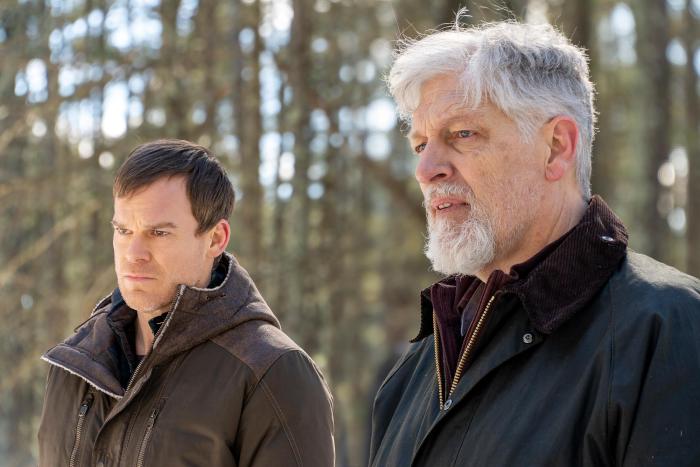 'Dexter: New Blood' Zeroes In on the Other Serial Killer

Much of this week’s episode concerns Dexter’s attempts to rid his land of the body of Matt, the finance bro that he killed at the beginning of the season. His remains are under the fire pit on Dexter’s property, and with the police search using his land as its headquarters, he reasonably assumes that eventually, they’ll stumble upon the body.

First, however, a blood-spatter expert comes in, and based on almost no physical evidence beyond a puddle of blood and a crime scene that has been tainted, he surmises that Matt must have been murdered by someone angry that Matt shot and killed the white deer. This puts Dexter on edge, all the more so because there are also cameras set up in the forest that capture the heat signature of someone else hiking through the woods with a gun. When Dexter hears that they’re going to bring in the search dogs, he uses Matt’s vest to spread his scent around and further pollute the scene and draw them off of himself.

It’s only a short-term solution. He still needs to find somewhere to unload the body. He finds a giant hole inside a cave that seems suitable for these purposes, but he’s immediately frightened away by a bear, although not too frightened because as soon as he runs out of the cave, he takes a phone call.

Dexter eventually settles on an easy solution: He takes Matt’s body to the town’s garbage incinerator (is this a common thing?) and dumps it inside. That’s great and all, except that Matt has titanium in one of his legs stemming from the drunken boating accident Matt caused that resulted in several deaths. Remember the scar we saw in the opening episode? Even if the bones do, titanium is not going to burn. Dexter continues to be sloppy. 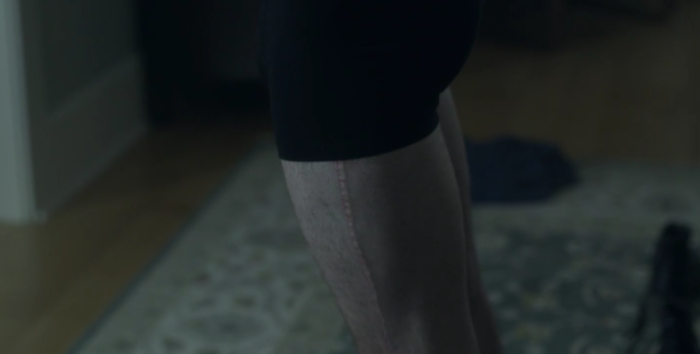 We learn a few more things about Harrison this week, too, in addition to his crush on Audrey, the daughter of the chief of police, who is also Dexter’s girlfriend. Harrison is smart (he scored so well on his placement exam that he was accused of cheating), and he has a soft spot for the victims of bullies, although Ethan — the victim Harrison sought to protect — also seems like an aspiring school shooter. It’s hard to tell if this worries or excites Harrison. I am leaning toward the former. Dexter also promises this week to have Harrison’s back at all times, which would presumably include helping Harrison cover up the murder of an aspiring school shooter, should it come to that.

We still don’t know for certain who the man responsible for all the missing girls is, but all signs seem to point toward Kurt Caldwell, the father of Matt. We do know that the man releases women from his basement, gives them a running start, and guns them down like a hunter. We also know that — like Kurt — he has blue eyes. The giveaway comes when Kurt — who was gung-ho about the search for his son — lies and tells Dexter that he had spoken to his son on FaceTime. Presumably, he does so in an effort to end the police search, which is set to expand, potentially to the cave with the big hole in it. That might be where Kurt hides the bodies of the missing girls. Moreover, Kurt specifically seems to be concerned about the search expanding to the summer camp, and it appears that the camp is where Kurt holds the girls he abducts.

— If it’s not Kurt responsible for the missing girls (and it almost certainly is), it must be the douchebag billionaire. He’s up to something nefarious, he’s a red herring, or he’s in cahoots with Kurt.

— Debra didn’t make a lot of appearances this week but gleefully throwing body parts into a wood chipper made for an amusing highlight.

— Jamie Chung, who plays the host of a true-crime podcast, finally made her first appearance. My guess is that she will also go missing at some point, but she’ll be rescued before Kurt kills her. Or Dexter lets her die because she figures him out.