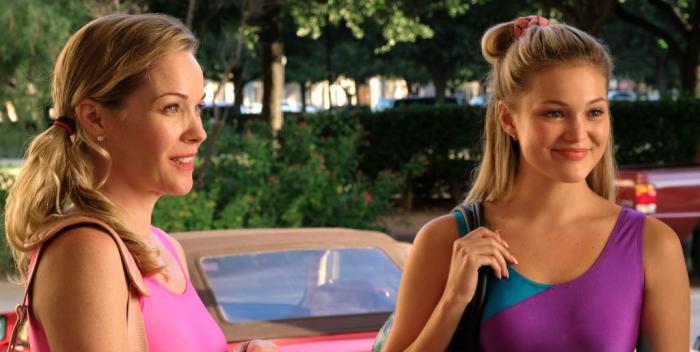 The one thing I find mostly tediously annoying about a good mystery is discovering midway through (or later) that the events are being relayed to us by an unreliable narrator. It throws our carefully constructed yarn walls into chaos because we no longer know what’s fact and what’s the work of an untrustworthy storyteller.

Enter Cruel Summer’s “Annabelle,” who appears to be the alter of Kate Wallis, who is likely suffering from disassociative identity disorder, which is commonly associated with overwhelming traumas like the one Kate experienced in the basement of Martin Harris’ home.

We learn more about that this week, in fact. We learn that it’s likely that Kate was being groomed by the assistant principal long before he abducted her. This week’s date is July 15th, and in 1993, ‘94, and ‘95, we see Kate and her family attend the same annual hunting trip on all three years. In ‘93, the only initial complication is Rod’s teen daughter Ashley — Kate’s stepsister — who resists Kate’s attempts to bond with her. Ashley, who is Black, expresses contempt for Kate’s white privilege and suggests that her mom, Joy, is a gold digger. In fact, when Ashley rebuffs Kate during the hunting trip, Kate ends up befriending Martin Harris after they connect during a conversation they have when neither can sleep.

The following year, however, Ashley is trying to forge a relationship with Kate when she resurfaces after her abduction. By this time, however, Kate wants nothing to do with Ashley, because she partially blames Ashley (and all the parents at the hunting trip) for allowing Martin Harris to groom her and subsequently kidnap her.

We also learn that, in ‘94, Ashley has a relationship of some sort with Jeanette’s brother, Derek. Derek and Ashley are a secret connection between the two families, which may later prove crucial in the defamation trial. That’s because Ashley knows more about Kate’s situation than she has let on — and knows that Kate is not being completely truthful. Why? Because when Ashley asks Derek for advice about how to connect with Kate, Derek sparks an idea in Ashley, which leads her to seek out and bond with Kate anonymously on an online chat board. That’s when we learn that Ashley is Berenice4, an online friend that Kate’s been talking to the entire time.

Ashley, therefore, should know the “truth,” except that we don’t know if Kate was telling Berenice4 the truth because Kate may not even know what the truth is anymore. We gain some more details about her abduction, like the fact that after she was groomed beforehand, that she was locked in the basement and drugged, at least long enough to allow Martin to move weeks’ worth of food and supplies down into the basement. The trauma associated with the incident is so bad that Kate still occasionally has dreams about Martin so vivid that she believes them to be real.

In ‘94, after Kate escapes, she also sees a therapist, which is where she meets Jeanette’s former best friend, Mallory. Mallory and Kate bond so hard over therapy that they become best friends by ‘95, and Mallory tags along on the hunting trip. That’s where Kate’s Mom, Joy — a real piece of work — accuses Mallory of trying to sabotage Kate’s confidence so that Kate is forced to rely more on Mallory. It’s a cruel suggestion. It might also be true.

With the defamation case against Kate heating up, meanwhile, she is determined to provide a truthful, consistent account of the events in the basement and thereafter, and to do so, Kate returns to the recordings of her therapy sessions to jog her memory. That’s when she hears herself reveal on the tapes that, on the day she was rescued, she “met” a girl named “Annabelle.” We can surmise from a conversation she had with the attendees of the hunting party in ‘94, however, that “Annabelle” is fictional. She’s either an alternate identity or an imaginary friend she conjured as a coping mechanism to deal with the trauma of her abduction.

In other words, we can’t trust anything that Kate’s been saying about Jeannette, the defamation case against her is strong, and — at least according to Joy — she and her family could end up penniless and without their home.