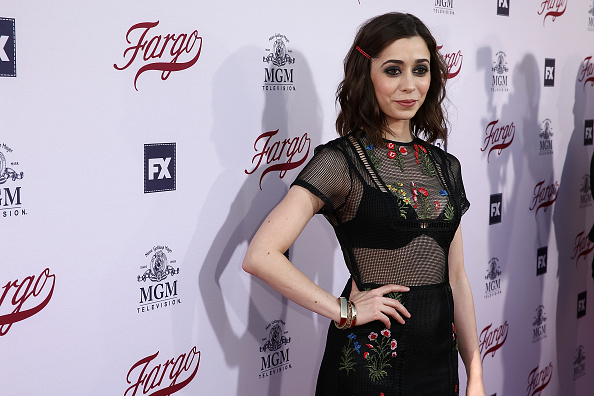 Cristin Milioti Did Not Stay Unemployed for Long

I love that Cristin Milioti — probably still best known for her role in How I Met Your Mother — has maintained an unconventional career path. From HIMYM, Milioti has made stops on Fargo, The Mindy Project, the fantastic Palm Springs, voice work on The Venture Brothers and, of course, the stellar sci-fi HBO Max series, Made for Love.

Sadly, HBO Max gave Made for Love the ax earlier this month. Fear not, as Milioti has taken another role that calls for a conventional female sitcom character, but weird. The Resort stars Milioti and The Good Place’s William Jackson Harper who go on a 10th-anniversary vacation and find themselves obsessed with two missing former hotel guests (Skyler Gisondo and Nina Bloomgarden) who disappeared 15 years before.

Nick Offerman, Becky Ann Baker, and Dylan Baker, among others, also star in the Peacock series written by Andy Siara, who also wrote the screenplay for Palm Springs. We know it’s also going to be weird/strange because it comes from executive producer (and showrunner) Alison Miller (Angelyne) and Sam Esmail.

Watch the trailer below.

The Resort begins streaming on Peacock with three episodes on July 29th. Bonus: They are half-hour episodes.