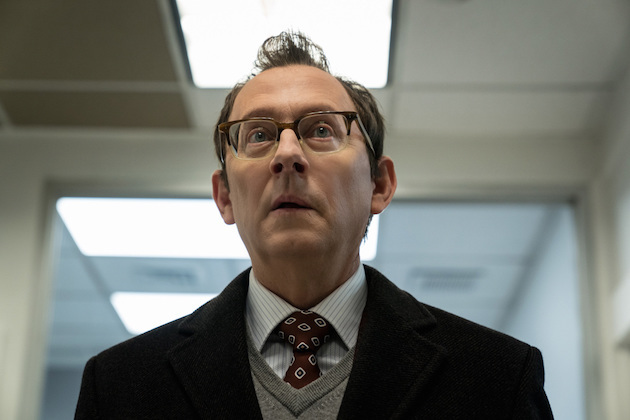 I’m not sure what’s going on with John Boyega, but I’m also not going to speculate beyond what we know. Last month, he abruptly quit a Netflix movie directed by Jeremy Saulnier during filming, citing “family reasons,” although that doesn’t appear to the real reason. Around that same time, Twitter also stripped him of his verification badge due to inactivity, although it soon restored his checkmark.

He’s been very quiet since, although we now have word that he has joined a new movie, the indie drama 892, replacing Jonathan Majors, who had to depart due to a scheduling conflict with Ant Man 3. It also stars Michael K Williams, Nicole Beharie, Selenis Leyva and Olivia Washington, and it’s about a marine who “faces mental and emotional challenges when he tries to reintegrate back into civilian life.” Shooting on the film has already begun.

Evil, which started slowly on CBS, gained a following on Netflix, and premiered its second season on Paramount+, was renewed for a blessed third season. It’s terrific, and you should catch up.

— Meanwhile, it took much longer than I thought it would, but Peacock has also finally renewed the splendid Rutherford Falls for a second season. It comes from Sierra Teller Ornelas, Mike Schur, and Ed Helmes, and despite also starring Helms, it’s a remarkably good show.

— I actually fell off of Search Party during its fourth season on HBO Max and also thought its fourth season would be the last. I was wrong. Not only is it coming back for a fifth season, but it will feature Jeff Goldblum, who will play Tunnel Quinn, a charismatic tech billionaire.

— There’s a terrific Cinemax series starring Carla Gugino (as a hitwoman) and Giancarlo Esposito called JETT that was left in limbo in the streaming wars. The first season of the Sebastian Gutierrez series has now been picked up by HBO Max and will be available starting this weekend. If it does well, who knows, maybe we’ll get a well deserved second season. Watch it. Tell all your friends to watch it.

— Get a load of this cast: Henry Cavill, Sam Rockwell, Bryce Dallas Howard, Bryan Cranston, Dua Lipa, Samuel L. Jackson, John Cena, and Catherine O’Hara. They have all joined Matthew Vaughn’s spy franchise Argylle based on a soon-to-be-released spy novel from author Ellie Conway. There are already at least three movies planned in the franchise. Dua Lipa, by the way, will make her screen debut and will provide original music for the film.

— Finally, Joseph Gordon-Levitt took a few years off to raise his kids, and he’s started to reemerge of late, including in Mr. Corman, a new series coming to Apple TV+. The logline for the series sounded outstanding, although I’m not quite as sold on the trailer. Still, it’s JGL. I’ll give it a go.