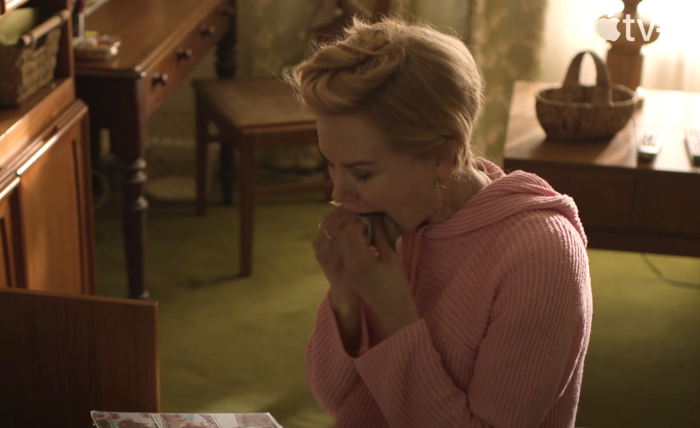 You probably wouldn’t know it, but the streaming era has also been a boon for the episodic anthology series. There’s been a lot of them, and the reason why you wouldn’t know it is that very few people watch them. Did you know that BJ Novak released one called The Premise on Hulu last fall? Or that Brett Goldstein — Roy f**king Kent — co-wrote one a couple of years ago for AMC+ called Soulmates? (It was even pretty good). You’ll recall that CBS All Access — before it rebranded as Paramount — revived The Twilight Zone with Jordan Peele, but even it fizzled away after two lukewarm seasons. Amazon had Modern Love, which ran for two seasons, and it’s been one of the more successful ones, which is not saying a lot. I’d also completely forgotten that Apple TV+ revived Steven Spielberg’s Amazing Stories (DOA), but also launched Little America to rave reviews, but not a lot of lasting buzz. Shudder brought back Creepshow, and it’s done OK by virtue of airing on a specialty, niche streaming service with low expectations, but it’s hardly a big hit.

The point is: Everyone has been trying to replicate the success of Black Mirror, but not even Black Mirror’s later seasons have duplicated the success of the earlier ones. I don’t know why the episodic anthology series doesn’t work for everyone else, but personally, I just don’t like the short-story format: high-concepts and twist endings, but very little by way of character development.

Apple TV+ is going to give it another shot, and it’s another episodic anthology series where there is no shortage of stars. In Roar from G.L.O.W. writers Liz Flahive and Carly Mensch, they’ve managed to land two players from G.L.O.W. in Betty Gilpin and Alison Brie, plus Nicole Kidman, Merritt Wever, Issa Rae, Jake Johnson, Daniel Dae Kim, and Cynthia Erivo, among others. There’s no lack of inventive ideas, either: Betty Gilpin plays a wife whose husband builds a shelf for her to be displayed on; Issa Rae appears to play a Black woman who white men cannot hear; Nicole Kidman eats photographs; Meera Syal returns her husband to the store; and Alison Brie plays a ghost who solves her own murder.

Interesting stories. Great cast. Talented writers. But will anyone watch?

All eight episodes of Roar will premiere on April 15th.