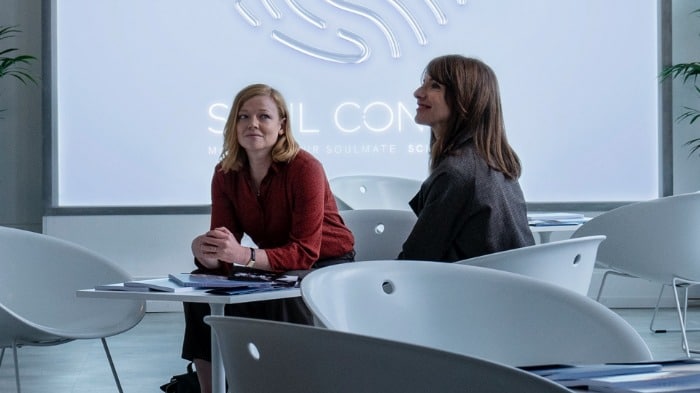 Would You Let an Algorithm Find Your True Love?

Tell Me More with Kelly Corrigan on PBS at 9:00pm ET. Series premiere. This is a new interview series where Kelly Corrigan interview notable guests, as well as two other individuals that her guests admire and respect. The first episode features public interest lawyer Bryan Stevenson.

Soulmates on AMC at 10:00pm ET. Series premiere. This is a new series on AMC that features a a near-future where technology has perfected the ability to find one’s “soulmate” and the various complications that arise from that ability. The first episode features Sarah Snook and Kinglsey Ben-Adir as a couple married long before the technology became available who start questioning their relationship. Seems uncomfy! It is an anthology series and there’s a lot of big names showing up in future episodes, though, so that’s interesting. Undetermined: How they explain a scientific process that not only quantifies a “soul”, but matches it to another and all attendant existential questions. Also, if this test isn’t universal then is there an outcome where people don’t find a soulmate? Maybe they’ll mention it! Maybe not. Probably not as fun of a story.