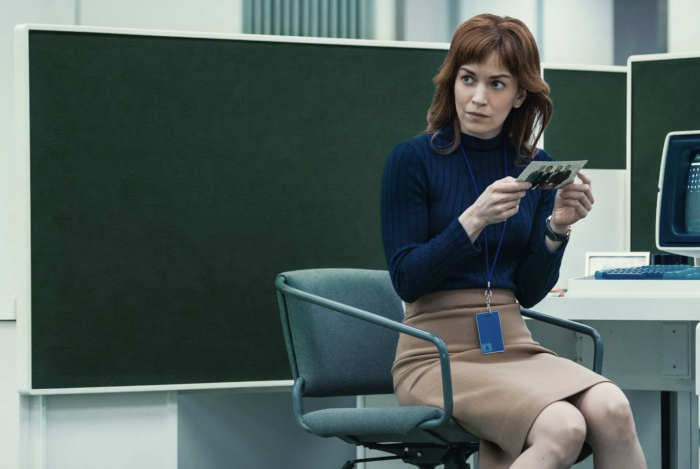 — Severance has been renewed for a second season by Apple TV+. Having seen the finale, I assumed they would renew it before it aired because if Apple TV+ had not made the announcement before tomorrow, the sky would have rained blood. Viewers would have crushed their Apple TV boxes beneath their feet. Someone would have gotten hurt. I cannot think of a season finale that has ever made me want to watch the next episode so badly. Ever.

— HBO has also renewed Winning Time for another season, which I’m also excited about, although I cannot imagine there are enough real-life events during any other period of the real-life Lakers’ run in the ’80s that will be as dramatic as Jerry Buss and Magic Johnsons’ first year together. I am, however, looking forward to seeing more of the Lakers/Celtics rivalry, which I don’t think hit a fever pitch until the next season.

— Fox has renewed The Cleaning Lady for a second season, if anyone cares.

— Contender (along with Michael Ealy) for hottest man alive, André Holland, has signed on to play Huey P. Newton in The Big Cigar, a series about how Newton evaded an FBI manhunt by escaping to Cuba.

— Donald Glover interviewed himself in Interview magazine this week, and there are more than a few wild sections in it. He also broke some news, saying that he’ll be co-starring with Pen15’s Maya Erskine in the Mr. and Mrs. Smith television series for Amazon. She replaces Phoebe Waller-Bridge, who departed the series over creative differences (Glover maintains there are no hard feelings).

— The season finale of The Dropout airs today. It’s the juiciest role of Amanda Seyfried’s career, and she wants a second season. Creator Liz Meriweather, however, is not so sure (there’s not a lot of story left to tell, but if they want to do an Elizabeth Holmes reality dance show, I’m all for it).

— Bob Odenkirk is staying at AMC for his next television project, an adaptation of Richard Russo’s phenomenal Straight Man. Jonathan Banks, however, is headed to Apple TV+, where he will play an astronaut alongside Noomi Rapace in a conspiracy-based psychological space adventure called Constellation.

— I know that you know Fox News (and Tucker Carlson, and Laura Ingraham, and apparently Jimmy Kimmel?) used a deceptively edited video to smear Joe Biden yesterday, and you know that I know that. But for posterity’s sake and to ensure that we all know that it was bullshit, Aaron Rupar breaks it down on his Substack.

— Talisa Garcia has been cast in the forthcoming Disney+ series, Willow, making Garcia the first openly trans actor to be cast by Disney. Alas, Garcia’s role is purportedly a small one and extends for only an episode. Disney+ is, however, apparently trying to hire a trans actress for its forthcoming Ironheart series.

— Finally, here is the trailer for Crush, which comes out later this month on Hulu. It looks like a very sweet, very adorable high-school rom-com starring the fantastic Rowan Blanchard (Girl Meets World), Auli’i Cravalho (the voice of Moana), and the perfectly cast Megan Mullaly.


← HBO Max's 'Tony Hawk: Until the Wheels Fall Off' and the Agony of Perseverance | 'Moon Knight' Episode 2 Recap: 'Summon The Suit' →