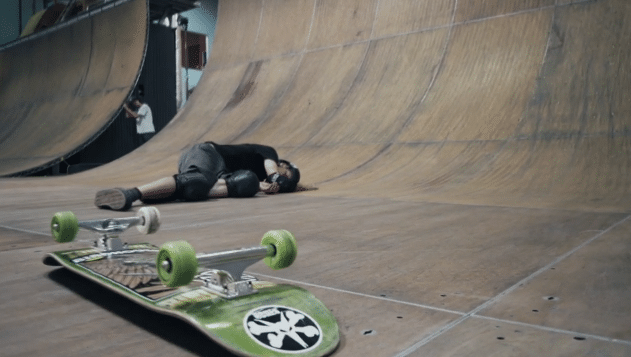 HBO Max's 'Tony Hawk: Until the Wheels Fall Off' and the Agony of Perseverance

Stacy Peralta explains in HBO’s documentary Tony Hawk: Until the Wheels Fall Off that interest in skateboarding is cyclical. It waxes and wanes. As a child of the 80s, I was always peripherally aware of skateboards. I think we even built one in the garage out of a board and a broken roller skate. When I was starting college, interest in skateboarding was on the upswing. It was there that I met the folks who introduced me to the culture of ollies and kickflips, decks and trucks, and how to drop in on a vert ramp from the roof of a house.

Director Sam Jones and Executive Producers The Duplass Brothers have created a dry but illuminating dive into the skateboard innovator’s life and the legendary Bones Brigade era of skateboarding. You can’t make a movie about Hawk’s career without talking about The Bones Brigade. Tony was just a teenager when he joined up with Stacy Peralta’s crew that, at the time, included Rodney Mullen, Steve Caballero, Mike McGill, and Per Welinder. Between roughly 1981 and 1992, the Bones Brigade made the most gnarly skate videos, embodying the ethos of Skate Or Die.

As a troubled kid, burdened with a sense of intensity that made even his parents uncomfortable at times, skateboarding became the thing that turned Tony’s life around. It gave him something to focus on outside of himself. That’s all he focused on for almost 50 years. The youngest of four, whose siblings range from 12-20 years older than himself, Tony was raised as an only child by older parents who liked to introduce him as their “little mistake.” BThey were very supportive of his early start in skating and continued to support and advise him until their deaths. 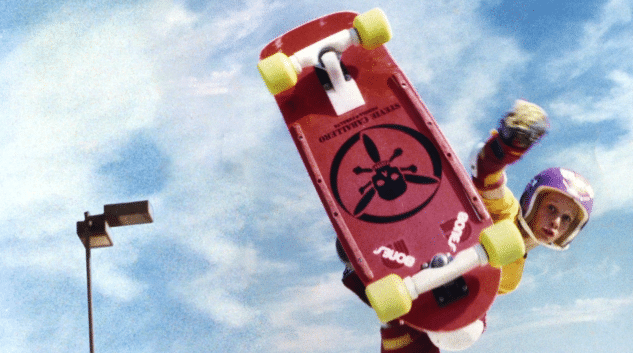 Tony Hawk is the indisputable King of the Vert Ramp, punishing his body and wracking up an astounding catalog of injuries over the course of his career. There’s footage in the documentary of Tony at the 1999 X Games ruthlessly attempting to land the elusive 900, a 900-degree rotation at the top of the ramp. We watch him fail over and over again, his face covered in a sheen of sweat and frustration until he FINALLY nails the trick (barely) and the crowd erupts in unrestrained cheers. Skaters rush the ramp to envelop their hero and celebrate his victory. This is an X Games clip (not the documentary’s) but you get the idea:

Aside from Hawk, the documentary features his siblings and interviews with many of his contemporaries in the sport — Members of The Bones Brigade, Neil Blender, Lance Mountain, Sean Mortimer, and others — all of whom speak about him with a sense of awe looking back on not only what he accomplished, but how he inspired them to push the envelop as well. All of these dudes are well into their 50s. Some of them still skate professionally, others just as a hobby/lifestyle, and some have had to give it up for good. At one point, when talking about how weird it is to be this old and still skating, Lance Mountain says, “We’re grandparents falling out of the sky!” He acknowledges how deranged it is that any of them are still doing what they do. To hear them tell it, they have no choice. There is no life without skating. Like a cowboy dying with his boots on, these guys know when they go out it will be on their boards. 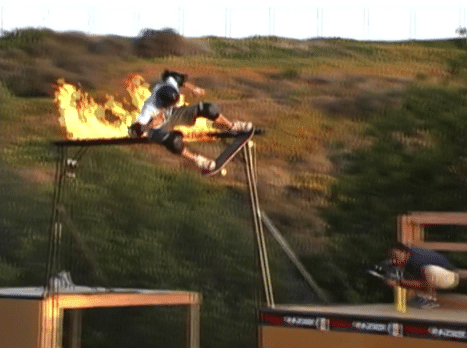 Everyone interviewed marvels at Tony’s perseverance and continued dedication. They might also think he’s a little crazy. Tony would probably agree with them. He hyper-focused on skating to the detriment of his personal relationships. Married four times, with four children who he didn’t abandon but also didn’t spend much time with as he built his career around skate tours and promoting his products and video games. He seems to be on more solid footing now with his fourth wife and speaks openly about the problems he caused himself in his previous marriages.

There was also a time, at the end of the Bones Brigade era, when interest in skating died off, just as Tony was trying to get his own company, Birdhouse, off of the ground. That was a real struggle emotionally and financially. His already-strained marriage faced more obstacles while he wasn’t making his living on his board. He ended up selling the house he had bought when he was 17 and dismantling the giant vertical ramp he had installed in the backyard. It was heartbreaking. Through the documentary, you understand Tony Hawk is not someone who knows how to give up on something. Especially not skateboarding. 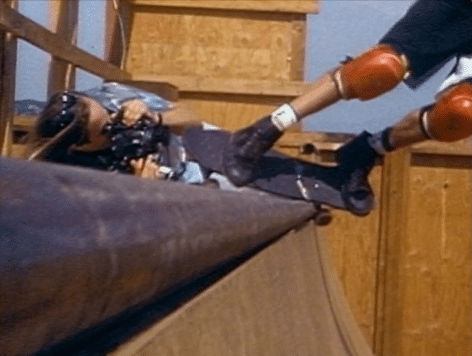 If you’re not already interested in skating, this documentary probably won’t do much for you. There’s not a lot of drama or juicy gossip. There is no villain or any real conflicts. There is a lot of beautiful, vintage skateboarding footage of young Tony Hawk and his friends bringing poetry in motion and a killer soundtrack featuring songs by The Clash, Echo & The Bunnymen, Stiff Little Fingers, Social Distortion, and X among others.

Tony Hawk: Until the Wheels Fall Off is airing on HBO and streaming on HBOMax.