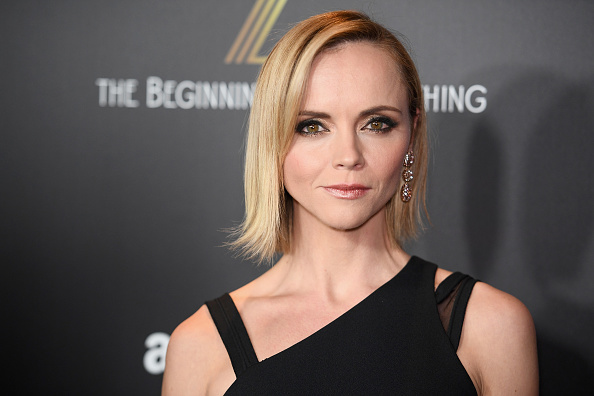 — Christina Ricci, fresh off a career revival in Yellowjackets, has signed on as a series regular in Wednesday, a Netflix television series spin-off of The Addams Family. Ricci, however, will not be playing Wednesday Addams in the coming-of-age show but a new character. She will fill the void left by Thora Birch — who was playing a dorm mother on the series — when she had to leave the series for family reasons. Jenna Ortega plays Wednesday in the series, while Catherine Zeta-Jones is playing Morticia Addams and Luis Guzmán is Gomez Addams.

— SNL has lined up its hosts and musical guests for the next three episodes. Jerrod Carmichael will make his SNL debut on April 2nd (the day after his new comedy special drops) with musical guest Gunna. On April 9th, Jake Gyllenhaal will host with Camila Cabello, and then on April 16th, Lizzo will serve double duty. That’s gonna be a fun show to watch.

— We have already talked about Damon Lindelof’s next series, Mrs. Davis, which he is co-writing with Big Bang Theory’s Tara Hernandez, who will serve as showrunner on the Peacock series. Now we know that Betty Gilpin — who was outstanding in The Hunt (written by Lindelof) — will be the series lead. The show will explore “faith vs. technology and an epic battle of biblical and binary proportions,” which sounds like a series that could only come from Lindelof or Alex Garland.

— Only tangentially related (Damon Lindelof —> Carrie Coon), I haven’t seen last night’s The Gilded Age finale yet, but I have not been able to stop looking at this photo of Carrie Coon from the set. My god, I love her.

— While I don’t like the idea of remaking classic John Hughes films (which are both beloved and problematic), I do like the idea that Peacock is developing a Sixteen Candles-inspired series from Selena Gomez. From what Deadline writes, it sounds great: It is “the story of four young Latinas starting high school as they overcome their feelings of invisibility while exploring what it means to leave childhood behind through the lens of the traditional female coming-of-age rite: the quinceañera.” Molly Ringwald gives her full blessing.

— It’s been four years since Crazy Rich Asians became the smash hit that it was; it remains one of my all-time favorite romcoms, and probably the best studio romcom in a decade. The long-planned sequel has landed a new writer in Amy Wang. She will replace Pete Chiarelli and Adele Lim, the writers of the original film who exited after the studio f**ked up and offered far too little to Lim to work on the sequel.

— Meg Donnelly (Disney’s Zombies) and Drake Rodge (Paramounts The In Between) will star as John Winchester and Mary Campbell in The Winchesters, the prequel to Supernatural narrated by Dean Winchester (Jensen Ackles).

— Many may already know that Dolly Parton recently co-wrote a book with James Patterson called Run, Rose, Run. Reese Witherspoon has announced that her production company is going to turn it into a movie starring … Dolly Parton. That’s exciting. I also suspect that much of the proceeds Parton receives will go to her literacy program, as is the case with her recently released album also called Run, Rose, Run.

— Finally, here’s the trailer for Where the Crawdads Sing, a fine book adapted into what looks like a fine film starring Daisy Edgar Jones, who decidedly does not look like a backwoods teenager raising herself off the grid.