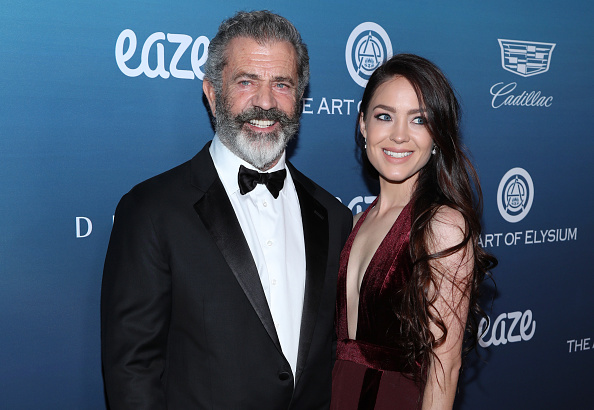 — “Canceled” Mel Gibson is doing just fine, folks. He’s wrapped two films, has four more in post-production, two more that he’s filming, and two more (including Lethal Weapon 5) in pre-production. Among those titles is Father Stu, a faith-based film in which Gibson stars with Mark Wahlberg (the two also worked together on Daddy’s Home 2). It’s based on the true story of a boxer-turned-priest “and his inspiring journey from self-destruction to redemption.” Uh. It’s also directed by Rosalind Ross, the 31-year-old director who is reportedly dating the 66-year-old Gibson. Make of that what you will. The film has been sold to Sony.

— John Krasinski is re-teaming with his The Office co-star, Steve Carell, as well as Cailey Fleming (The Walking Dead), Louis Gossett Jr., Phoebe Waller-Bridge, Fiona Shaw, and some guy named Ryan Reynolds. for a film written and directed by Krasinki called IF. No plot details have been given other than it’s an “original idea about a child’s journey to rediscover their imagination.” Hell of a cast.

— Showtime has canceled Jeff Daniels’ American Rust after one season. It was bad. The pilot was a slow burn with some promise, but the burn never sped up and the promise never availed itself (I bailed about halfway through the season).

— On the other hand, HBO has renewed the fantastic Righteous Gemstones for a third season (it is currently airing its second season).

— David Letterman will be joining Seth Meyers on February 1st to celebrate the 40th anniversary of Late Night. Adam Duritz of the Counting Crows will also appear for some reason.

— Jake Gyllenhaal will star in Cut & Run, a heist film about “a group of thieves using high-powered speedboats to rob superyachts who steal the wrong thing from the wrong group of people.” Speedboats robbing yachts? OK. I’m sure that the sudden flurry of Gyllenhaal news coming out the last two days has nothing to do with anything a publicist is trying to bury right now. Ahem. (Someone in the comments will fill you in.)

— Andra Day, Octavia Spencer, Glenn Close, Rob Morgan, and Aunjanue Ellis will star in an exorcism thriller directed by Lee Daniels that Netflix just ponied up $65 million for in a competitive bidding situation. It’s based on an actual case involving an Indiana family whose children purportedly became demonically possessed.

— Finally, if you haven’t jumped on the Abbott Elementary train yet, it’s not too late. You won’t be alone, as the sitcom has become the first ABC comedy to ever quadruple its ratings over its first 35 days. The pilot episode was originally seen by 2.79 million viewers, but after 35 days, it had been seen by more than 7 million people, suggesting very strong word of mouth. I genuinely can’t think of when the last great broadcast network sitcom premiered (Superstore in 2015?), but this is the first in a very long time.


← Disney+ Greenlights a Full Season of 'Percy Jackson and the Olympians' | Review: Pop The Champagne! Bill Nighy's Giving The Performance Of His Life in 'Living' →