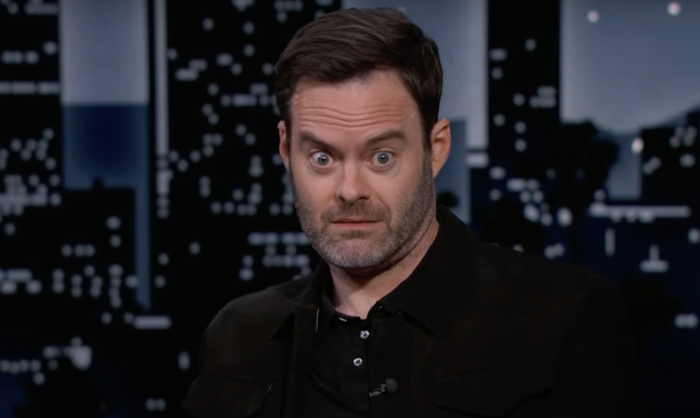 I don’t want to ruin this prank by talking about it because half of the joy is in Bill Hader’s delivery, and the other half is in the viciousness of the prank pulled by Hader’s nine-year-old daughter in front of Chris Pratt. It is terrific, and I did not see it coming. I’ve cued it up here at the 3:26 mark. It’s a three-minute story, but it is absolutely worth it, and you don’t have to like or dislike Chris Pratt to enjoy the joke.

Bill Hader’s Barry, by the way, returned this past Sunday after a three-year hiatus.

Stick around afterward for the Henry Winkler anecdote (and impression), a story about his obsession with Evil Dead, and Hader breaking down a scene from Barry featuring NoHoHank.


← Tell Us Jack Dorsey: Will Elon Musk 'Extend Twitter's Light of Consciousness' Before Or After He Loses His Boner? | Netflix's Documentary Brushes The Dust Off Of Abercrombie & Fitch's Discriminatory History →