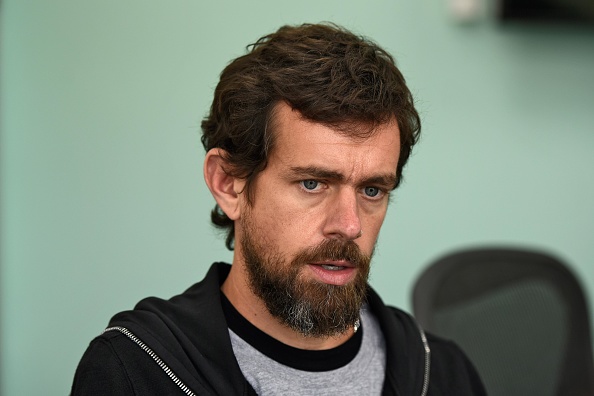 Tell Us, Jack Dorsey: Will Elon Musk 'Extend Twitter's Light of Consciousness' Before Or After He Loses His Boner?

One of the most obnoxious things about Adam and Rebekah Neumann — at least as depicted in Apple TV+’s WeCrashed — is their unyielding belief that shared office space with a Keurig and a ping pong table could “raise the world’s consciousness.” That is bullsh*t woo-woo billionaire-speak, an effort to rationalize the obscene amount of money they make by suggesting their product or service is good for humanity.

Jack Dorsey, the billionaire former CEO and co-founder of Twitter, has a lot of Adam Neumann energy even to suggest that Twitter is a “public good” when the service has probably created more worldwide toxicity than any other creation. Of course, Dorsey supports Elon Musk’s purchase of Twitter because he believes that ceding control of the platform to one woefully out-of-touch billionaire is better than allowing it to be owned by Wall Street. I’m no fan of Wall Street — I’m with Elizabeth Warren in believing that large social networks should be regulated by the government bureaucrats — but at least the ability of public pressure to affect shareholder value has forced Twitter to become marginally less toxic in recent years.

I expect Elon Musk will reverse that incremental progress. Jack Dorsey disagrees, as he explained in a Twitter thread last night.

In principle, I don’t believe anyone should own or run Twitter. It wants to be a public good at a protocol level, not a company. Solving for the problem of it being a company however, Elon is the singular solution I trust. I trust his mission to extend the light of consciousness.

I’m so happy Twitter will continue to serve the public conversation. Around the world, and into the stars!

You trust Elon Musk to “extend the light of consciousness … around the world and into the stars”? Come on, man: 70 percent of Twitter is just people ragging on celebrities and politicians and the rest of it is racist uncles screaming at bots. Now it’s going to be under the singular control of this guy:

in case u need to lose a boner fast pic.twitter.com/fcHiaXKCJi

I don’t see a lot of light in tweets like that. But, you know: Billionaires have to support other billionaires. The world ain’t gonna save itself.

“Elon is the singlular solution I trust”

That’s why this longtermism and effective altruism bullshit is a religion in this valley to convince themselves that they’re saving the world.