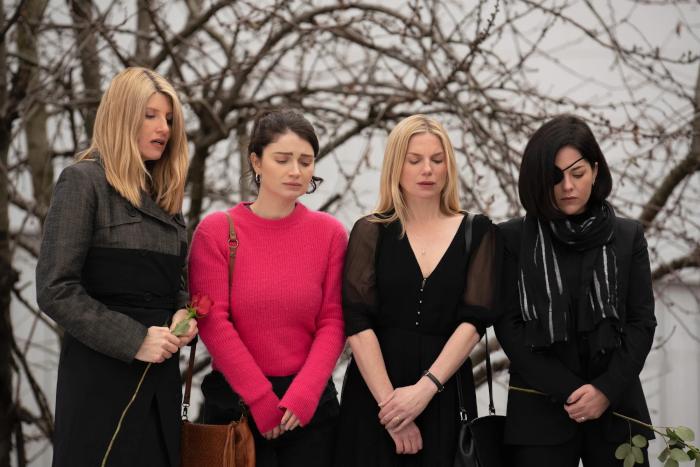 Anne-Marie Duff (the OG Fiona in the UK Shameless) plays Grace, a meek housewife who has been beaten down by years of emotional and psychological abuse from her heinous, misogynistic, nasty, cartoonishly awful husband, John Paul (Claes Bang). No longer able to watch their sister suffer under the thumb of JP, the rest of the Garvey sisters decide the only way out is to kill him. 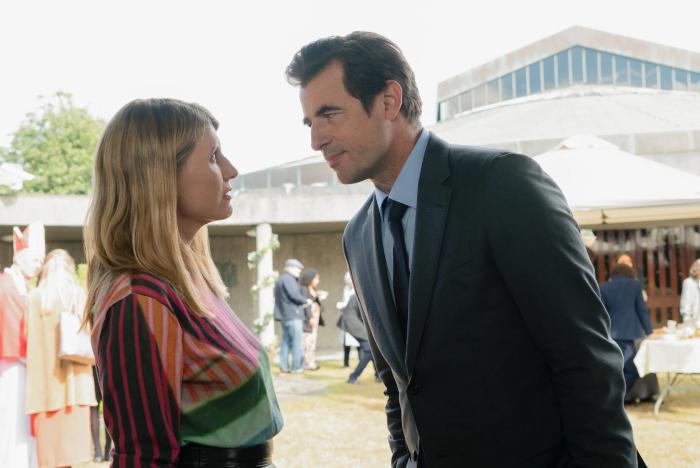 The series, in fact, opens with JP’s death. We know he dies, but we don’t know who kills him or how. In addition to wanting to protect Grace, each of the sisters have their own separate reasons to want to kill JP, too. He makes work miserable for Eva (Horgan); he is responsible for the accident that cost Bibi (Sarah Greene) her eye; he keeps threatening to reveal Ursula’s (Eva Birthistle) affair to her husband; and he pulled out of investing in Becka’s (Eve Hewson) massage therapy business. They all hate him, they all want him dead, and as viewers, so do we.

Adapted from the Belgian series by Malin-Sarah Gozin, each episode spends time in both the present and the past, where the sisters make various failed attempts on JP’s life. Meanwhile, in the present, two insurance agents, brothers Thomas (Brian Gleeson) and Matthew (Daryl McCormack) are desperately trying to prove that the sisters murdered JP so that they don’t have to pay out the life insurance policy because doing so will bankrupt their family business. It’s slightly complicated, however, because Matthew and Becka started dating — and possibly fell in love — before Bekka realized he was an insurance agent, and before he realized that he was investigating her family.

That’s the premise, but Bad Sisters is so much more than the setup. It is darkly comic in the ways one might expect from Sharon Horgan, and save for JP, the characters are so well drawn; it’s hard not to root for all of them. If JP were a little less awful, viewers might feel some moral conflict surrounding his murder, but it’s mostly played for dark laughs — there’s some real Throw Momma from the Train energy here.

But it is also, as they say, a fun hang: These are the kinds of characters (and actors) that are enjoyable to watch separate from the plot itself, and along with a steady diet of laughs, there is also the occasional dose of pathos to makes the Garvey sisters all the more sympathetic. The mystery gives the series some stakes: Who actually killed JP? How? Will these brothers lose their shirts? Or will any or all of the sisters go to prison? Or maybe the sisters eventually turn on themselves? It almost doesn’t matter how it ends, because I trust that Horgan will ensure that it’s an entertaining ride until the deadly end. With Bad Sisters, Apple TV+ continues to have the best hit/miss record in all of streaming.

← What If Pop Ballads Had Guitar Solos? | 'She-Hulk' Is Just Trolling Us Now → 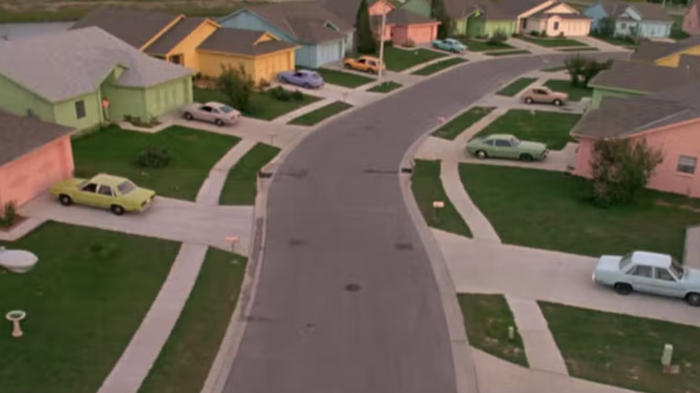