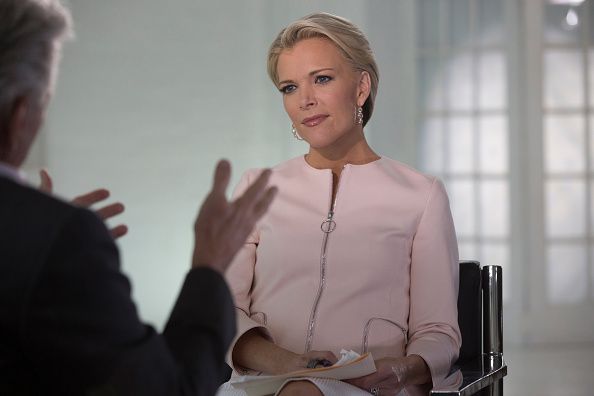 As One Meghan Leaves the Airwaves, Another Megyn Returns

Last Thursday Meghan McCain announced that she was leaving The View, and she and her people were careful to get out in front of the story to make sure that everyone knew it was her idea. As expected, the other side of that story has come out this week (through likewise gossip-friendly publications), and while they don’t exactly say that McCain’s The View co-hosts forced her out, they’re certainly not unhappy about her decision to depart, either.

“Everyone was at their wits’ end — even Whoopi, and she’s the chillest of them all. Whoopi is never going to advocate for anyone to get fired. She’s not about that, but she was very clear that she no longer wanted to work with Meghan,” a source told the NYPost.

It also appears that new management at ABC no longer had McCain’s back, and that network brass relented when the other co-hosts “expressed that they no longer wanted to work with McCain.”

The source added, “Whoopi was clear that she didn’t want to work with her either. There have been so many well-documented issues, and [Meghan] has not made a good impression on new management,” the source said.

Another insider added, “[The hosts] all came with complaints to Kim about Meghan.”

Other sources close to McCain, said that she was “miserable” and ready to move on. It sounds like it was a win for everyone involved except for Mike Redmond, who loses his pop-culture nemesis.

Meanwhile, you know what they say: When one Meghan closes a door, another Megyn opens it. Megyn Kelly, who was fired from the Today show and NBC not long after the network lured her away from Fox News, is returning to the airwaves. She has a new talk show out on SiriusXM, which is satellite radio for all of our Gen Z readers who are asking. And yes: People will apparently pay $15 a month so they can listen to Howard Stern and also all the oldies stations they can handle. (Can you listen to satellite radio on your phone, or is that exclusive to your car, because holy Spotify, what a waste).

The radio show will air at noon for two hours each weekday and feature “Kelly’s viewpoints on the day’s top stories, as well as listeners’ calls and interviews.” After airing on SiriusXM, it will be rebroadcast on Kelly’s podcast channel.
It will also apparently air in a special place in hell.


← How the John Mulaney and Olivia Munn Pictures Show Why Celebrity Tabloids Still Matter in the Social Media Age | 5 Shows After Dark: 'I Think You Should Leave' Season 2 Premiere Netflix, 'An Animal Saved My Life' Series Premiere A&E →