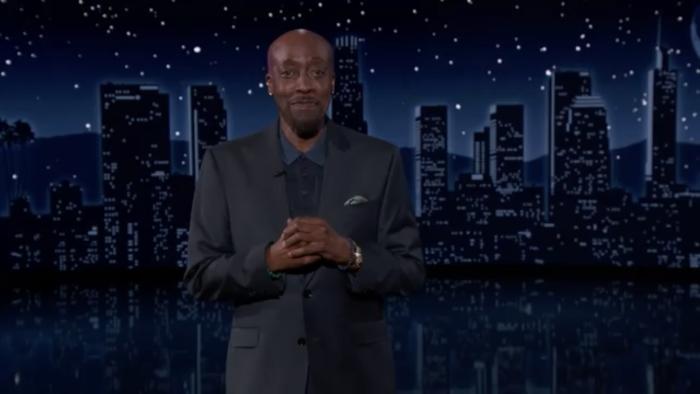 Arsenio Hall Made A Triumphant Return To Late Night

It’s been almost 30 years since Arsenio Hall took his final bow on his original late-night talk show. While there was a short-lived revival in 2013, Hall has mostly stayed away from the talk show life. That changed this past week as he filled in for Jimmy Kimmel.

Immediately, as Hall recreated his classic entrance, you can see the joy on his face. As someone who quickly admits to taking COVID very seriously, you can tell that his excitement comes from both being in front of a crowd and just, ya know, getting out of the house. Then the jokes started flying like he only stopped yesterday. You can take the show out of … the talk … but not the talk out of the show? Is that anything? I think I’m still just rattled from Arsenio pointing out that only people over 40 will remember his show. I am not over 40, I do remember his show, and the assumption still hit hard.

Anyway! Arsenio Hall is one of the most charismatic people to ever grace the big or small screen. He’s so comfortable, charming, disarming, and friggin’ cool. There’s an undeniable swagger to him. Even if a joke doesn’t land, you almost feel like it’s your fault, not his. It’s mesmerizing.

Also, can I just say that he looks incredible?! The dude is 65 and if I look as good as him when I’m 40 I’ll be psyched. While Coming 2 America was a big movie for Hall and Eddie Murphy this year, it did not truly encapsulate how he looks almost ageless.

He hosted for two episodes, but below is the monologue from his first. I highly advise seeking the other out. This was something special in the history of late night.