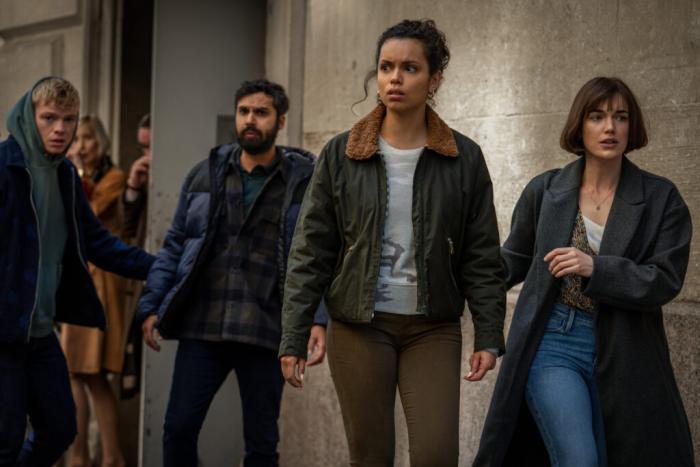 Apple TV+'s 'Suspicion' Would Have Been Better as a Binge

I’m not sure who makes the decisions for streaming networks about what should be released weekly and what should be released all at once, but they often get it wrong. HBO Max, for instance, should have released Station Eleven one episode a week because that’s a show that easily could’ve amassed a larger audience over two and a half months instead of four weeks. Great shows — conversation shows — should be released weekly. Like Succession and Yellowjackets, Amazon probably should have released the phenomenal series As We See It weekly to give it time to find an audience instead of getting a lot of rave reviews ahead of its premier only to never hear about it again a week later.

The series best suited to bingeing, on the other hand, are flimsy mysteries that survive by virtue of the Next Button. Those Harlan Coban series on Netflix, for instance. In the moment, we want to see what happens next, but make us wait around a week and we’d quickly lose interest. Better mysteries — Mare of Easttown, AfterParty — are perfect weekly releases because viewers will want to talk to each other and speculate between episodes.

But a show like Apple TV+’s Suspicion? It’s that kind of series where each episode ends on a new revelation or a cliffhanger that compels us to the next episode, but there’s really not much here worth talking about week to week. Superficially, there’s some commentary on the environment and on the nature of truth, but it’s shallow and won’t hold up to a week’s scrutiny between episodes. It’s not likely to generate much conversation, much less scrutiny. That doesn’t necessarily make it a bad show, just one that is disposable, like a cheap airport paperback you toss out on the way out of the terminal.

Based on the Israeli series False Flag, Suspicion centers on the abduction of Leo Newman (Gerran Howell), who is assaulted in a New York City hotel and stuffed into a suitcase by four people wearing masks of British royalty. CCTV coverage of it goes viral. Meanwhile, Leo’s mother, Katherine Newman (Uma Thurman), runs a successful PR firm and she is about to be confirmed as the United States ambassador to Britain.

Back in London, four people who do not seem to have anything to do with each other are all brought in by the police for questioning and accused of pulling off the abduction by virtue of the fact that they were all staying in the same New York City hotel on the night of the kidnapping. The lives of the four accused are immediately upended. There’s Natalie Thompson (Georgina Campbell), who is arrested while walking down the aisle of a church to get married. Tara McAllister (Elizabeth Henstridge) is a single mother going through a divorce and a custody battle who is arrested while teaching a college class. Aadesh Chopra (Kunal Nayyar) is eager to start a more lucrative career so that he and his wife (Mandip Gill) can gain some independence from her parents. Sean Tilson (Elyes Gabel) escapes police custody but seems to be some sort of hitman. He’s accused of being the ringleader.

The mystery is who actually abducted Leo, and how are these four people (and a fifth who is introduced later, Eddie Walker (Tom Rhys Harries) connected to Leo, his mother, or the PR firm she runs.

I’ll give the series this much: It’s a solid cast, and while I have little interest in who is behind the abduction, I am interested to see how these otherwise disparate characters who claim not to know one another are connected. Those revelations are doled out slowly and usually at the end of one episode and the beginning of the next one, which is why it’s hard not to continue clicking on the Next Button. I was provided screeners of all eight episodes and watched them in two sittings because I played that game where I told myself that I’d just watch the beginning of the next episode to find out what happens until there were no more episodes to watch. I finished vaguely satisfied not by the reveal but that I could move on with my life without that itch of curiosity nagging at me.

If I’d had a week between episodes — or even an hour — I probably would’ve lost interest, because Suspicion is propelled by the momentum of those revelations. I like the cast, but like Harlan Coban mysteries, Suspicion is all plot. I continued to watch not because I cared about what happened to the characters but because I wanted to see what happened next. There’s nothing particularly wrong with that — it’s the Netlflix model! — but there’s not enough substance or character development here to hold our attention beyond the time it takes to click “NEXT.”

The first two episodes of Suspicion are available on Apple TV+. The remaining six will be released weekly.


← I'm Sorry, I Didn't Realise Sometimes Life Could Literally Be a Cartoon | 5 Shows After Dark: 'Winter Olympics' on NBC, 'The Gilded Age' on HBO →