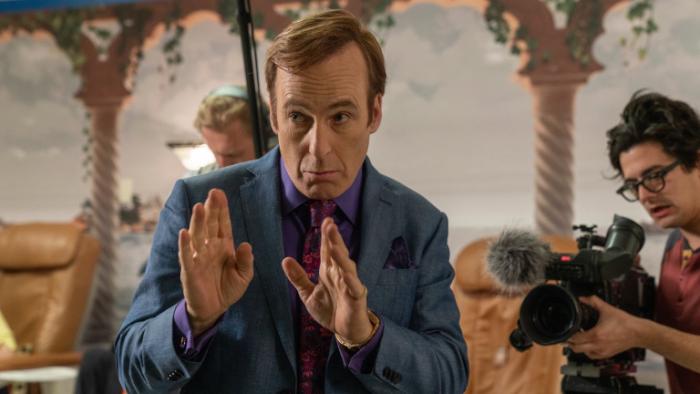 There are few people as excited about the return of Better Call Saul for its final season than I am; I have been obsessively watching and cataloging both Breaking Bad and Better Call Saul since the beginning. I love Saul even more than the parent series, and like a lot of folks, I was devastated to hear about Bob Odenkirk’s heart attack, and equally relieved when we heard he was going to be OK.

Given Bob Odenkirk’s health condition, however, I didn’t expect he’d be returning to the six-month shoot for the final season of the series anytime soon. As much as I wanted to watch that last season, Odenkirk’s health was obviously paramount. Yet, here we are, six weeks since his heart attack, and Odenkirk is already back on the set in Albuquerque, New Mexico.

Back to work on Better Call Saul! So happy to be here and living this specific life surrounded by such good people. BTW this is makeup pro Cheri Montesanto making me not ugly for shooting! pic.twitter.com/lTAfPg7dDp

It’s unclear whether the final season, expected to converge with the Breaking Bad timeline, will be delayed — it was penciled in for early 2022 — but several months of shooting had already taken place before Odenkirk’s heart attack. I wouldn’t be surprised to see the final season — which had a bigger episode order than usual — broken into two halves like Breaking Bad. With Saul and The Walking Dead ending in 2022, however, the network better work get to work on finding a new hit, otherwise, it might get left behind (or more likely absorbed) by the streaming wars.