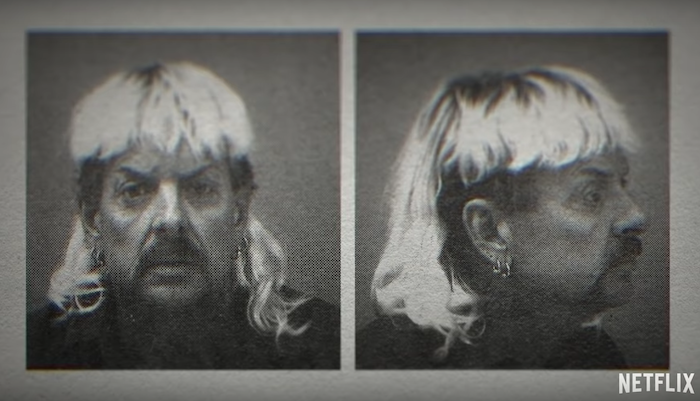 Friends, if you haven’t seen Netflix’s docuseries Tiger King, you really need to watch it immediately. I have never, in my life, watched a more “what the f*ck is going on now?!” show in my entire life, and it all seems to be a true story about the in-fighting of the big cat community in America. These people are a trip, and you walk away not really rooting for anyone, and dying for a sequel, because there are so many unanswered questions, and unindicted a*sholes who should be in jail.

So I’m here today to share my obviously incomplete list of the most WTF moments in the show because I got a lot of entertainment out of it this weekend. Spoilers below, and please share any moments I missed in the comments, below.

There is Overlap in the Venn Diagram of Big Cat People, and Abusive Cult Leaders

So, I knew the moment we met Bhagavan “Doc” Antle that he was a real controlling a*shole the way he tried to direct the crew during his segment, and how his primary mode of transportation was an elephant. I also noticed that all of his “workers” at his organization were younger-looking women whose uniforms were kind of scanty, and like…if you’re dealing with big ass cats, do you really want all that exposed flesh?? Seems like a liability, no?

Then, of course, how could you not notice Joe Exotic’s crew, who was soon confirmed that he hired everyone off of Craigslist for just $100 a week…to work with big cats that can rip your limbs off with no provocation (more on that in a minute.)

The kicker came when it was confirmed that both sets of “employees” were paid less than a living wage, and in the case of Doc Antle, they were expected to have sex with him in order to move up in his organization. Excuse me while I puke for a minute.

Then there are the spouses of these men, because both Doc and Joe are polygamous (which is not the issue. The issue is that both men chose vulnerable people with an imbalanced power dynamic to coerce into relationships/marriage.) In Joe Exotic’s case, he took young men, and traded drugs for their affection. He admitted as much. Doc seemed to procure his wives via his employee pool, changing their name, and in at least one case, requiring breast implants in order to be with him. Gross. F*ck you Joe and Doc!

Carole Baskin is Rumored to Have Killed Her Second Husband

So, this was probably the biggest “holy s*it” moment in the series for me, when it’s casually revealed at the end of episode 2 that Carole’s husband went missing, and many people believe she either fed him to her tigers, or buried him under a septic tank.

So, look, as the series proved, Carole and her current husband Howard have no problem suing people, so we’re gonna tread lightly, here. All I’ll say is that meeting with your Sherriff Deputy brother at 3 am, a few hours before your husband disappears is, well, suspicious.

Joe Exotic Ran for President and Governor of Oklahoma

So, nothing should shock me in the worst/dumbest timeline we’re in with Donald Trump as our president but this was pretty WTF. I missed his “appearance” on Last Week Tonight the first time in 2016, so here it is again, and man, how right was Jon Oliver about the meth comment? Because it was revealed in a later ep that’s how Joe Exotic kept the young men he groomed since they were teenagers as his husbands. F*ck you, Joe!

Friends, I had a growing sense of dread when we first meet Saff, Joe’s employee, at the beginning of the series because she was visibly missing an arm, and it soon became apparent that he hired people for low wages, off of Craigslist, with no experience working with big cats. Unfortunately, those fears were realized when Saff revealed how she lost half of her left arm, and it was in a tiger attack. One mistake, where she put her arm through the cage, cost her her arm, and the most f*cked up part of is was, she was back working at the zoo in about a week. That deserves another f*ck you, Joe!

The Depths of Jeff Lowe’s Grift

So, we all agree Jeff Lowe is gonna get his one day, yes? That guy is a two-bit grifter who managed to swindle Joe Exotic’s zoo out from under him. Which, Joe is a piece of s*it so I don’t feel too bad for him, but also, Jeff admitted on camera that he basically set Joe up for the murder for hire charge. Jeff said, in plain English, he would encourage Joe to plot out the murder as well as encourage him to do it, all the while recording him, basically with the aim to get Joe out of the way so he could just take the zoo without Joe fighting him.

Now, look, I do believe that Joe is dumb enough to think that $3,000 is enough to hire a hitman because he pays his own workers $100 a week to handle and care for big cats, but also, I believe Joe is 95 percent all talk and wouldn’t have risen to the occasion to hire someone to kill Carole Baskin had Jeff not been a bug in his ear egging him on. This is not to excuse Joe’s behavior—you make your bed you lie in it, but more to point out that Jeff Lowe is a slimy piece of s*it who (so far) has gotten off scot-free.

How Horrible the Big Cat Community Is

Look, regardless of what I think about Carole’s involvement in her husband’s disappearance, I am fully team Carole, here. The big cat community is disgusting and she’s right to make it her mission to shut it down. F*cking tigers are not pets and do not belong in cages.

I don’t see the “gotcha” moment in episode 3 of her video encouraging people to breed big cats as an indictment, either. If anything, it’s the opposite. At some point, she clearly realized it’s wrong to breed big cats, and devoted her efforts to conservation and shutting the bad actors down.

Make no mistake, Joe Exotic and Doc Antle are bad f*cking actors. Antle was recently investigated by authorities regarding lions he has on his property, and I hope that’s just the tip of the misery iceberg for this jackass. Joe Exotic was found guilty of murdering tigers (and the murder for hire plot), so f*ck him, too!

I left out a lot of “WTF” moments, so please feel free to list yours in the comments below.

← Of All The Characters 'Westworld' Could Bring Back, We Weren't Expecting THAT One ... | Taylor Swift Says Food Banks, Not Kanye and Kim Caught Lying, Are What's Important Now →