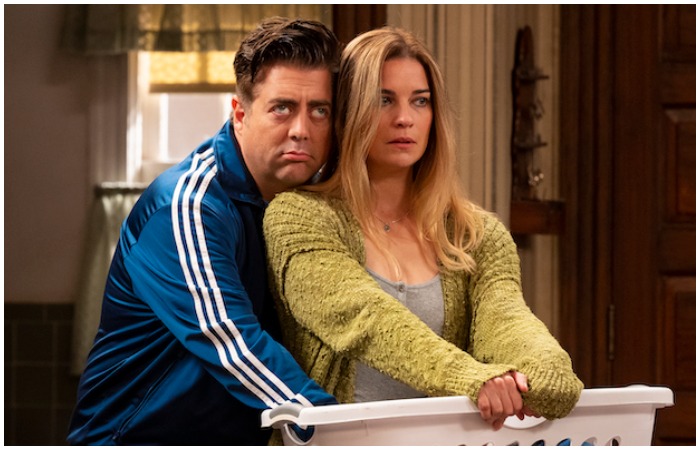 Several years ago, the Kevin James sitcom Kevin Can Wait killed off its wife character, played by Erinn Hayes, so that … James’ character could bang Leah Remini’s character, instead. Here’s how Courtney Enlow summed it up at the time:

Here’s the thing: generally speaking, it should be frowned upon to kill a woman so you can date a different woman. Yes, this is just television, but the idea of the Disposable Woman, an impediment that needs to be eradicated in pursuit of added pleasure or ratings, is a dangerous implication. Literally, of course, but also in terms of entertainment where well-written female characters are already at a minimum; do we really need to do a swap out? Is there seriously not room for two?

The show came under fire for the blasé way in which the character was killed off (there were only two mentions, and neither included the character’s name), and it was that, in part, that inspired the AMC sitcom Kevin Can F**k Himself, a hybrid comedy/drama, multi-cam/single-cam series that explores the interior life of a “disposable wife.” It turns out, she has a rich interior life and also wants to murder her husband.

It’s a great show starring Annie Murphy as the sitcom wife, Raymond Lee (now the lead on the new Quantum Leap reboot), Mary Hollis Inboden, and Eric Petersen as Kevin, a man we’d love nothing more than to see murdered (Peterson is remarkably good at being loathsome). AMC picked it up for a second and final season last year (it’s a great premise, but has a limited shelf life), and now the network has announced that it has cast into that second season … Erinn Hayes herself.
Perfect.
There’s no word on what role she’ll play, only that she told Vulture in 2020 that she’d been following the development of the series and wanted to be included in any way possible. She’s gotten her wish.

Meanwhile, Kevin James is … well, mostly washed up, waiting for Adam Sandler to throw him some Netflix scraps (also, not for nothing, and while understanding that business is business, it never sat well with me that Leah Remini agreed to take a role that would only perpetuate the very same tropes that Remini herself was subjected to in her previous sitcom with Kevin James).